Marc Marquez, who has six MotoGP titles among the eight world championships to his name, has been quarantined at his parents' house in Cervera, Spain, for the last two months. Alongside him is his brother Alex, reigning Moto2 champion and now Repsol Honda MotoGP teammate.The two brothers were poised to begin a new and intimate chapter of their sibling rivalry at the opening MotoGP in Qatar in March when the premier class race was abruptly canceled, leaving the pair in a unique state of limbo.Luckily for the Marquez brothers, and their parents, life as competitors under one roof is nothing new."I promise," Marc told CNN Sport via video conference from his family home, "even when we were kids, we were playing for everything: who goes to bed earlier, who got out of home earlier; I mean, everything was a competition."The pair have been dueling on the PlayStation in virtual MotoGP races, as part of the sport's attempt to occupy fans in the absence of real racing. The older Marquez is forced to admit his younger brother has the upper hand. "In the PlayStation he beats me all the time," he said, laughing. "I mean, always: in a soccer game, in a MotoGP game, in a Formula One game, I mean, all the time he beats me."But it's something, you know, he's younger, he's got more time to play. I'm a little bit more busy!"I practice now, I promise you that I'm practicing a lot because we have the next race; but I'm half second slower than him … I'm pushing more the accelerator and everything on the throttle. But it's not working!" 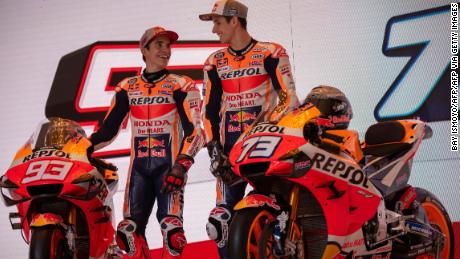 Domestic life has not been without setbacks for Marc, either. In fact, he revealed that he is carrying a fresh injury after one of his mother's cooking lessons. "My mom tried to teach me something because, she says 'you're 27 years old. I mean, sooner or later you will live alone,'" he explained."I tried to cook a little bit, some pizza, with my hands. But the experience was not the best one."Look, look at this," the world champion continued, gesturing to two dark red lines on his forearm. "I mean, I burned my arm. So, it was not, the experience was not so good!" 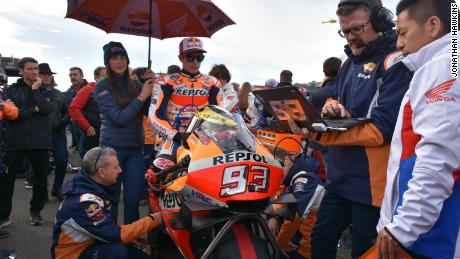 Injury had threatened to undermine the MotoGP title-holder's start to the 2020 season. A terrifying crash in practice before last year's Thailand MotoGP had badly aggravated an existing shoulder problem, and Marquez underwent surgery during the winter to alleviate the issue. Over 200 hours of rehabilitation later, he was still not quite ready as the teams prepared to travel to Qatar.Marquez admitted that part of him welcomed the postponement of the season opener, but said he had no idea what was about to come. "When I first saw that, I thought it was okay for me, it's good news," he said. "[But then] I realized after two or three weeks that Coronavirus was such a big problem for the world."He would, he said, happily forgo a full recovery if it meant life could return to normal. "Now if I [could] come back, I would like to start the season, even if I was not one hundred percent." 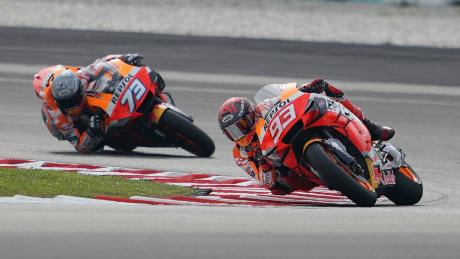 The Honda rider said he knew immediately that the Thailand crash was serious. Analysis later revealed that he hit the ground at 26 times the force of gravity."I realized that this was a big one because basically it was impossible to breathe for 15 seconds," he explained. "And this was the most dangerous thing. And then I didn't remember exactly what was going on. So for that reason, the doctor takes me, and we had a deep scan in the hospital." A few hours later, however, Marquez was back on the bike for the next practice session. Such things are a way of life for MotoGP riders, but the Catalan says they are issues that just need to be managed. "[People often ask] are you training, or how can you train for when youRead More – Source