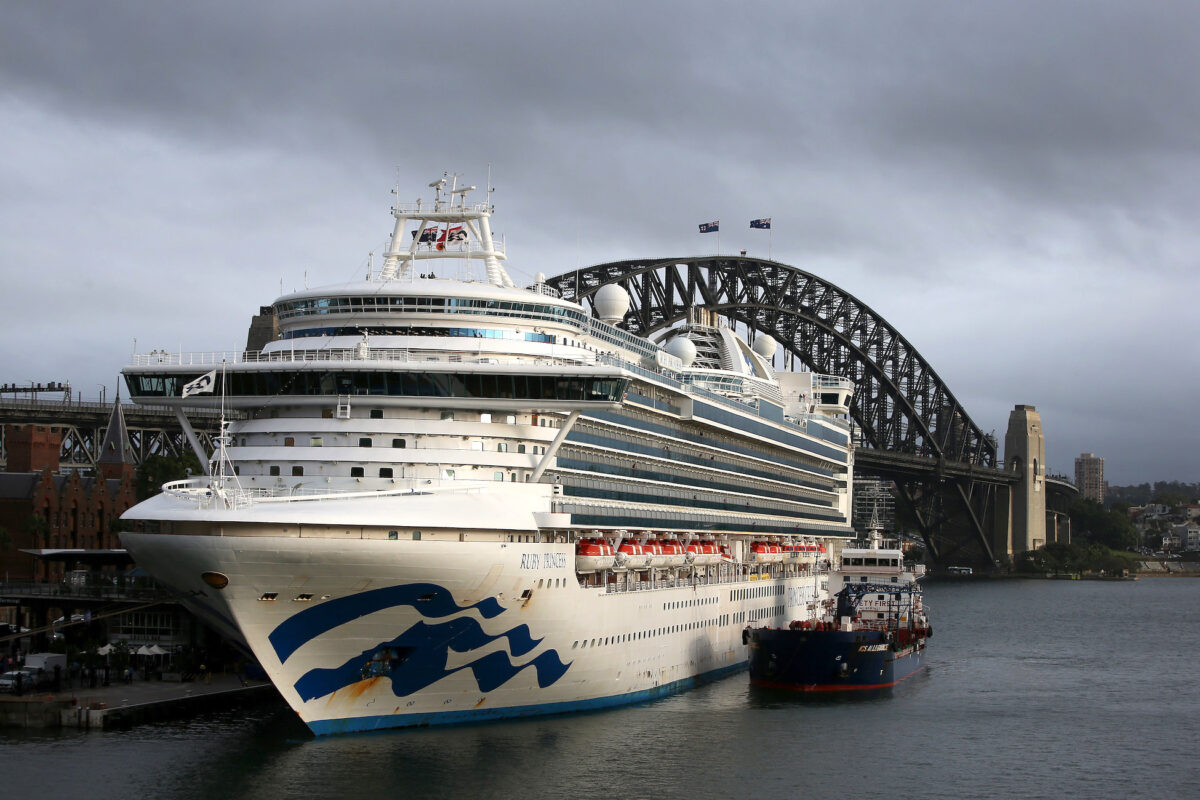 A New South Wales Health medical officer deemed the Ruby Princess cruise ship low-risk mainly because no passengers had been to countries with worrying COVID-19 outbreaks, an inquiry has heard.

NSW Health communicable disease senior medical officer Sean Tobin was one of several public health experts who gave the ill-fated cruise ship permission via email to disembark at Circular Quay on the afternoon of March 18.

The Special Commission of Inquiry into the Ruby Princess on Tuesday heard that Tobin had acknowledged the “fair number of passengers and crew presented with respiratory systems” when deciding on the low-risk rating.

The pre-arrival form stated 2.7 percent of passengers or crew had presented with respiratory illness but only 0.94 percent had influenza-like illness, which met the states low-risk criteria of under one percent.

Beasley asked Tobin if consideration was given to treat the 0.94 percent by rounding it up to one percent as a precaution.

Tobin, who is also the states chief human biosecurity officer, said he didnt believe “the one percent was a hard and fast rule,” the inquiry heard.

He also confirmed he was not aware of an upward trajectory being reported on the ship as he had not been shown the acute respiratory disease logs which indicated daily increases of influenza-like illness or acute respiratory illness from March 15.

He confirmed it could have “possibly” been helpful to see the report before making his assessment but added those involved hadnt discussed disease trajectory as part of their decision-making process.

No “high-risk passengers and crew” was the major motivator for Tobins decision.

“Youve said the most significant factor was the absence of passengers and crew who had travelled through China, South Korea, Iran or Italy in the last 14 days before embarkation,” Beasley read from Tobins statement.

Commissioner Bret Walker SC said he thought it was “a bit odd” that clinical judgements were being made without the authorities having seen individual patient records.

“There were a number of key factors we were considering,” Tobin replied.

“I didnt see anything in this that would suggest that I should look at the ARD log in more detail.”

Beasley later told the hearing Tobin now believed the ship should have been classified as a medium risk.

But the counselRead More – Source