Special Presidential Envoy for Arms Control Marshall Billingslea said that he and his Russian counterpart, Deputy Foreign Minister Sergei Ryabkov, have agreed "on time and place for nuclear arms negotiations in June."The Trump administration has abandoned a number of key arms control pacts, most recently the Open Skies Treaty, in favor of seeking a three-party agreement with Russia and China. The insistence on a trilateral agreement is widely seen as a way to scuttle New START, the nuclear reduction treaty between the US and Russia that is set to expire in February 2021. Beijing has dismissed calls to participate in trilateral talks. In his tweet Monday, Billingslea said that China had been invited to this month's discussions, writing, "Will China show and negotiate in good faith?"The arms control envoy reiterated last month that it is their expectation that a future arms control agreement will be multilateral, telling reporters, "We do absolutely expect that whatever arrangements are reached, the Chinese will be part of a trilateral framework going forward."Daryl Kimball, the executive director of the Arms Control Association, said it is unclear what incentive China would have to join the talks, given the disproportionate size of its nuclear arsenal in comparison to that of Russia and the US. The latter two countries "possess about 85% of the world's nuclear weapons" — "more than 10 times the deployed number of strategic nuclear warheads as China, Britain and France combined," he said. Moreover, Kimball noted that the administration's escalated rhetoric toward China amid the coronavirus pandemic will not have helped bring them to the table.In remarks at the Hudson Institute last month, Billingslea dismissed "the notion that China should not be expected to engage in nuclear arms control until it has built up to US and Russian levels" as "an outdated display of Cold War logic."Kimball told CNN that the US and Russia meeting to discuss nuclear arms control matters is "good, but this is no reason to celebrate because the Trump administration's position seems to remain the same.""They're refusing to pick up Russia's offer to extend New START," he said, referencing "They appear to be still demanding new agreements that can't be negotiated before New START expires, not only with Russia, but with China. So, I'm not jumping up and down for joy." 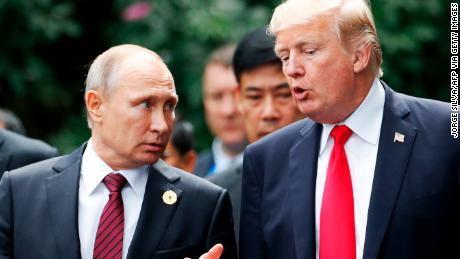