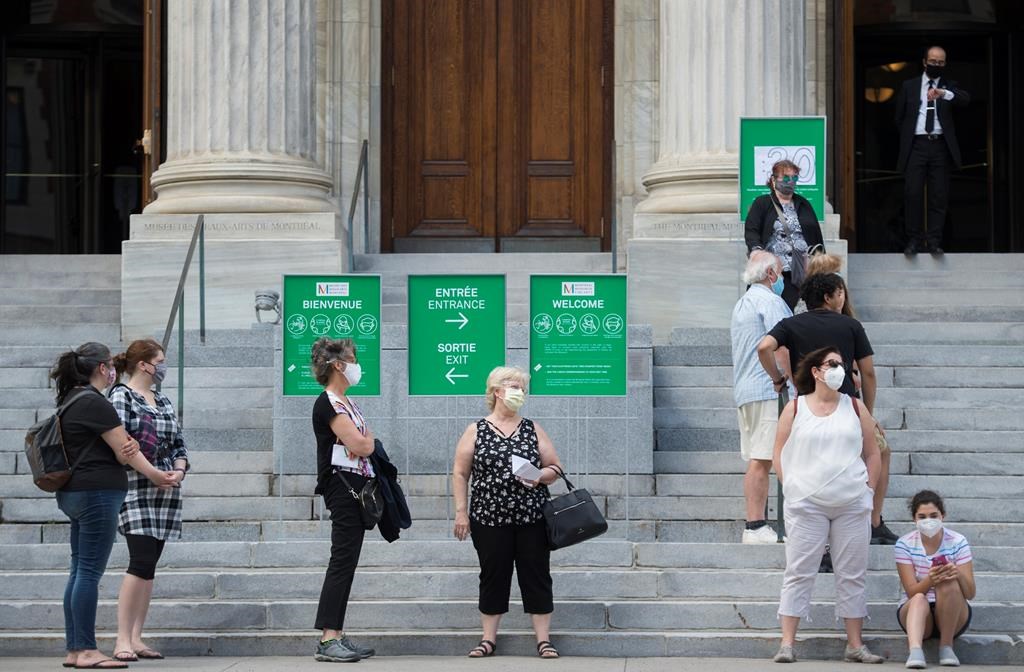 OTTAWA—Canadians are increasingly wearing protective face masks as they emerge from months of isolating at home to curb the spread of COVID-19, a new poll suggests.

And it suggests that fear of a second wave of infections as bad as or worse than the first wave may behind their increased caution.

Fifty-one percent of respondents to the Leger and Association for Canadian Studies survey said they have worn masks to go grocery shopping — up eight percentage points in one week.

Forty-five percent said theyve worn masks to go to a pharmacy (up seven points), 17 percent at work (up four points), 14 percent on public transit (up four points) and 12 percent to go for walks (up two points).

And 53 percent—up two points—said masks should be mandatory in public and confined spaces, like shopping malls and public transit.

The online poll, conducted June 5 to 7, surveyed 1,523 adult Canadians; it cannot be assigned a margin of error because internet-based polls are not considered random samples.

The increased wearing of masks reflects the fact that restrictions on physical distancing are slowly easing across the country, with more Canadians venturing out of their homes and going back to work.

But Leger executive vice-president Christian Bourque said it may also reflect fear of a second wave of the deadly coronavirus that causes COVID-19.

Bourque said that fear is also reflected in widespread support for a go-slow approach to reopening the country after three months of pandemic-induced lockdowns.

Two-thirds of respondents said governments should maintain the current, cautious pace of reopening, while another 21 percent said they should slow down. Just 13 percent wanted the pace sped up.

As long as safety precautions are in place, 68 percent were comfortable seeing restaurants reopen, 67 percent hotels, 55 percent gyms or other fitness facilities and 50 percent bars. But even with restrictions, just 44 percent supported reopening concert halls and theatres, while 49 percent were opposed.