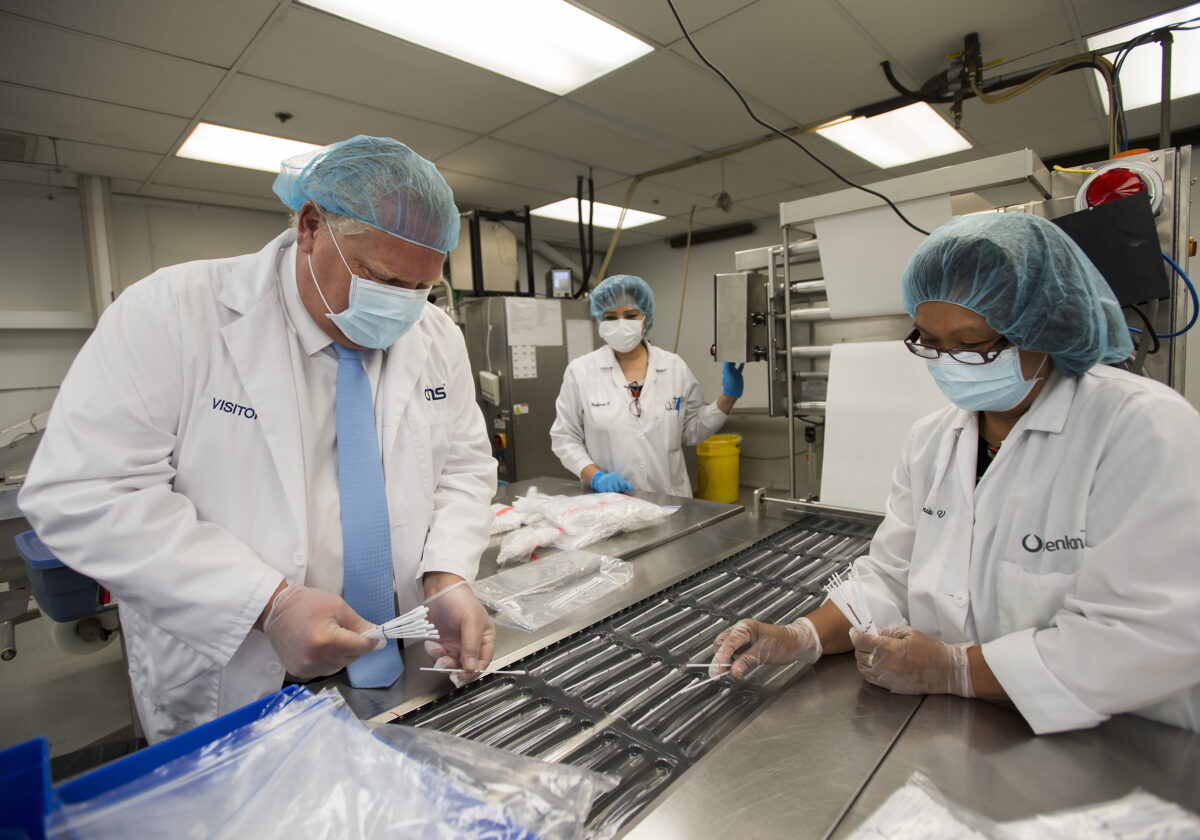 TORONTO—Premier Doug Ford is getting tested for COVID-19 today after his education minister came into contact with someone who was infected—despite that test coming back negative.

Lecces office says he was notified Tuesday that he had come into contact with someone who tested positive for COVID-19, so he got tested.

As a result, Ford and Elliott cancelled their usual daily news conference and the premiers office said they were monitoring themselves for symptoms and getting tested.

Not long after the colleges and universities minister began a solo appearance at the daily briefing, Lecces office said his test result came back negative.

Ford spokeswoman Ivana Yelich says Ford is still being tested for COVID-19 “out of an abundance of caution.”

Public health officials have not recommended getting a COVID-19 test immediately after possible exposure.

“If you are worried about possible exposure to a person with or under investigation for COVID-19, based on evidence and the incubation period of the virus, we suggest individuals get tested 4 to 8 days after potential exposure,” Michael Garron Hospital writes on its website.

Neither the premiers office nor a spokeswoman for Lecce would say how he came into contact with a positive case, or why his possible exposure wasnt made public sooner.

The premiers office would also not confirm if Ford was in self-isolation while awaiting Lecces test results.