This comes after two weeks of anti-police brutality protests nationwide as the country reels from the recent deaths of several black Americans at the hands of the police, including George Floyd, who died in Minneapolis last month after a white police officer knelt on his neck for more than eight minutes.Cuomo worked with legislators over the weekend to address the bills. "There is a moment for change and we are going to make change, and we are going to pass legislation this week that I am going to sign that is going to lead the nation in police reform, releasing disciplinary records, what they call 50a, banning chokeholds, which should have been done a long time ago, and that will be in the state law," Cuomo said Wednesday.A coalition of police unions and associations has expressed opposition to many of the bills, calling them "anti-police."Most of the legislative actions aren't new to legislators, never making it out of committee in recent years. But politicians say now is the time to get them passed. "Make no mistake we know that what we did is not a cure. We know it's a first step. It acknowledges that law(s) alone are important but they can't fix racism in America," Senate Majority Leader Andrea Stewart-Cousins said on the senate floor Wednesday as the legislative body voted on the final bill of the package."It begins to root out injustice and to bring justice to our justice system. It is a step and it is a path to equality. Sadly we all know that there will be more moments that will shake us all to our core but in this chamber we also understand that our response to those moments will make all the difference," Stewart-Cousins said. 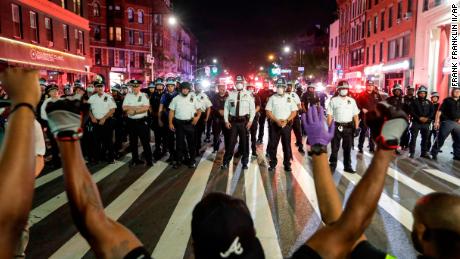 The state assembly and senate bodies, led by Democratic majority members, passed a bill mandating that a police officer who injures or kills somebody through the use of "a chokehold or similar restraint" can be charged with a class C felony, punishable by up to 15 years in prison.The bill is named for Eric Garner, an African American man who died as a result of a police chokehold during a 2014 arrest. The chokehold tactic was already prohibited by the NYPD at the time of the incident.A version was first introduced by politicians after Garner's death, but didn't make headway. Another bill will designate the attorney general as an independent prosecutor for matters relating to the deaths of unarmed civilians caused by law enforcement. This measure is technically codifying an executive order Cuomo mandated in 2014 in the wake of Garner's death. Civil rights activisit the Rev. Al Sharpton spoke in support of the legislation at a press conference with Garner's mother last week."I thought about if we had passed these bills in New York and if there had been the prosecution of those that choked to death Eric Garner that maybe those police would not have thought they could have got away with it with Floyd because we saw the signal in New York. There was a signal from New York that you can get away with stopping someone from breathing if you had a blue uniform," Sharpton said.Another action will allow disciplinary records for individual police officers, firefighters or corrections officers to be released without their written consent.It is the reversal of a 1976 statute known as Section 50-a of the New York State Civil Rights Law, which was originally enacted to exempt police officers from being cross-examined during criminal prosecutions, according to the bill."All it's doing is reversing an exemption on police records, so now a police officer is like a school teacher … it's just parity and equality with every other public employee. It is just fairness and equity across the board," said Cuomo.New York Police Department officials have acknowledged the need for reform in this area. "The NYPD has long advocated for reforming the law. Department executives have spoken publicly about the need for fairness and transparency in the law and have testified in Albany in support of an amendment to accomplish that," police spokesperson Sgt. Jessica McRorie said in a statement to CNN. Police unions, includingthe Police Benevolent Association of the City of New York, say the legislation rRead More – Source