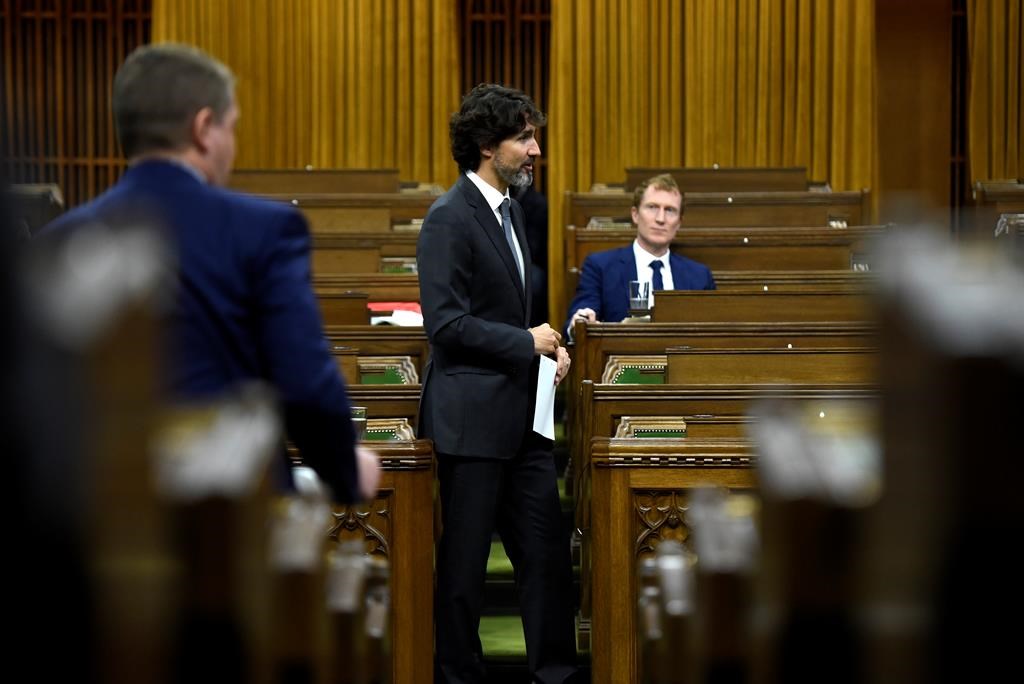 OTTAWA—The non-partisan spirit that has allowed Parliament to swiftly pass emergency legislation during the COVID-19 pandemic evaporated Wednesday, with opposition parties refusing to give unanimous consent to the Trudeau governments latest bill.

They also rejected the governments bid to split the bill in two, to allow promised benefits for Canadians with disabilities to go ahead.

Those benefits are now in limbo, along with other measures in the bill.

The bill includes a proposed expansion of the wage subsidy program to include seasonal workers and some additional businesses, as well as proposed penalties for fraudulently claiming the Canada Emergency Response Benefit.

The Liberals needed unanimous consent from all MPs in the House of Commons to allow the bill to be debated and passed today in a matter of hours, as it has done with four previous pandemic-related bills.

But none of the opposition parties was willing to support the latest bill.

The NDP balked at the prospect of Canadians who fraudulently claim the $2,000-a-month CERB being fined or sent to jail—despite Prime Minister Justin Trudeaus assurances that the punishment is aimed at those who deliberately defraud the government, not those who make honest mistakes.

The Conservatives held out for a full resumption of House of Commons business.

And the Bloc Quebecois demanded three conditions be met before it would support the bill: a fiscal update this month, a first ministers meeting before September on health-care transfers to the provinces and a ban on political parties accessing the wage subsidy to avoid laying off staff.

Bloc Leader Yves-Francois Blanchet said he believes the Liberals are acting like a majority government in trying to force legislation while not providing transparency about the countrys finances.

“The most poisonous pill of all of that is the government trying stubbornly to act as if there were not 338 people having been elected last October and doing as if it was a majority government led by some kind of prince, which is not the case,” Blanchet told reporters.

He also said he believes the Liberals are trying to pass the controversial fraud penalties by attaching provisions in the bill to extend benefits to Canadians with disabilities, which his party and others support. He likened that to “putting cod-liver oil in chocolate cake.”

The minority Liberals would be able to proceed with the bill with the support of just one opposition party but that would take days or weeks longer.

Government House leader Rodriguez said the government will, if necessary, find other ways to deliver on some of the measures that are included in the bill, although that could entail delays.

In particular, government officials, speaking on condition of anonymity because they were not authorized to discuss the matter publicly, said Ottawa will follow throuRead More – Source