Australias Minister for Trade Simon Birmingham has predicted that overseas travel is “highly unlikely” to resume this year due to the existing threat of exposing Australians to the global CCP virus outbreak. Apart from a proposed New Zealand “travel bubble,” Australias borders will remain closed to the world for now.

“I cant raise false hope that theres going to be some sort of open border arrangement for free travel again during the course of this year,” Birmingham told Sky News on June 18.

While there is some way off before tourism and travel can be opened up freely, he said that international students and long-term business workers may be allowed back in Australia.

“International students and other categories of visitors to Australia who stay here for a longer period of time can more easily be accommodated because we can simply work through the 14-day quarantine periods,” Birmingham told the National Press Club on Wednesday.

But he thinks overseas travel remains some distance off, due to practicalities of the volumes that are involved.

“[We] risk exposing ourselves to a massive outbreak that would cause the need for another shutdown of domestic economic activity and would then decimate jobs and businesses even further,” Birmingham said. 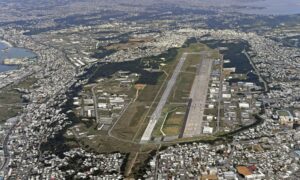