But it was only in seminary, in his mid-20s, that Jones says he learned the full truth about Southern Baptists' white supremacist roots. The denomination was founded to defend slavery and did not formally rebuke its past until 1995, when Southern Baptists voted to apologize for their history of racism.Jones was a social scientist before he realized how stubbornly racist ideas can persist in White churches. "White Christian churches have not just been complacent; they have not only been complicit," he writes in his book, "White Too Long: The Legacy of White Supremacy in American Christianity," publishing next month."Rather, as the dominant cultural power in America, they have been responsible for constructing and sustaining a project to protect White supremacy and resist Black equality," he writes. "This project has framed the entire American story."In the book Jones, CEO and founder of Public Religion Research Institute, blends church history, memoir and contemporary public opinion surveys. Together, they make a clear and compelling case for why White American Christians need to reckon with their past. But American Christianity's past is only part of the problem. In survey after survey, said Jones, contemporary white Christians repeatedly deny that structural racism is a problem, that shootings of unarmed Blacks are not isolated incidents, or even that African Americans still face racism and discrimination. White non-Christians, on the other hand, more often agree with Blacks about racial discrimination, according to public opinion surveys. So what gives? Why would White Christians be more reluctant to see racism than their non-Christian counterparts? 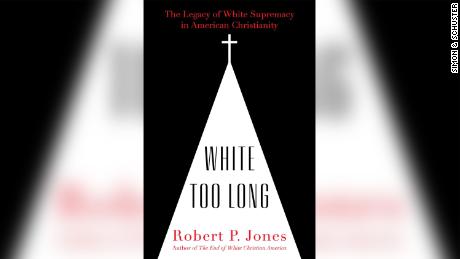 If that's the question that animates "White Too Long," the answer will be challenging, if not deeply unsettling for many White Christians. CNN spoke to Jones recently about why so many White Christians turn a blind eye to racism, how white supremacy took hold of American culture and what Christians can do now to make amends.What prompted you to write this book? Whenever we asked questions about race or African Americans there was a huge gap between Whites who are Christian and those who are not. Whites who are not Christian were always closer to the attitudes of African Americans. Seeing that pattern over and over made me realize that something deeper is going on. And coupled with my own experience of growing up in the South and this current moment, I realized that these issues are not being dealt with well. Most White Christians try to ignore them. To that point, it seems like more White evangelicals than we've seen in the past are speaking out against the recent killings of Black Americans by the police and vigilantes. Joel Osteen, who is often studiously apolitical, marched in a Black Lives Matter protest. Some evangelicals are even mentioning systemic racism, which they've been slow to acknowledge in the past. What do you make of their responses? One measure of authenticity for White Christians is whether they link reconciliation with justice and repair. It's easy for a White Christain leader to jump in a march and put his arm around an African-American pastor. But will we see Joel Osteen preach a sermon calling for White Christians to reflect on the ugly parts of our history? Are pastors going to help White Christians free their faith from privileged claims of whiteness? One of the challenges, historically, has been that the Christian theology developed in White churches intentionally blinds White Christians to racial injustice. White Christians are nearly twice as likely as non-religious Americans to say police shootings of unarmed black men are isolated incidents. That is a moral and theological problem. 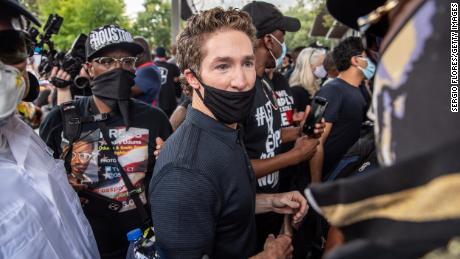 We've heard some Christian leaders denounce racism in clear moral terms, but that doesn't seem to filter down to the pews, according to surveys. And that's a problem not only for White evangelicals but Catholics and others, right? Yes, that's true not only for evangelicals but Catholics and the more liberal mainline Protestant leaders. They've put out a number of statements and press releases, but historically they have not landed at the parish or congregational level. And that's where theology gets built: at the local level. The hymns sung, the scripture passages preached, how people understand salvation, none of that has been deconstructed. It was all built for a world in which White Christians needed to shield their institutions and beliefs from claims of injustice by African Americans. You can see that in the way Black Catholics were forced to sit in the back of the church and receive Communion last, and in the way the Southern and NorRead More – Source