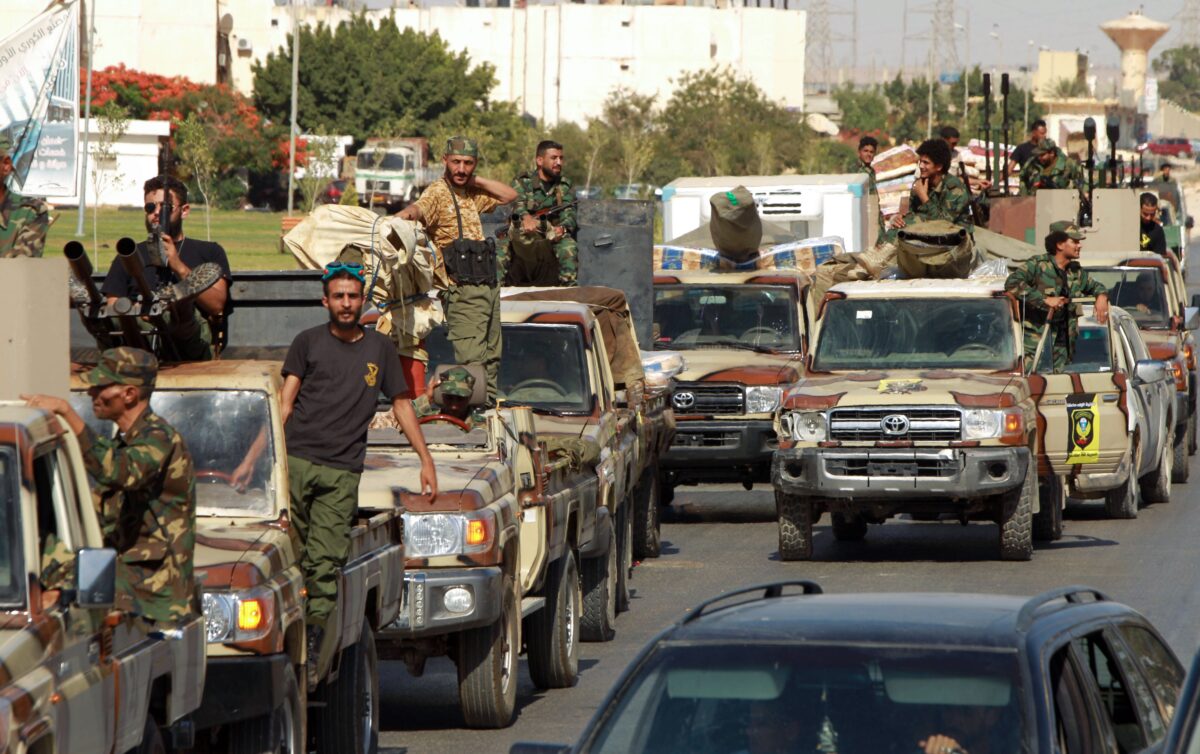 ROME—Italy, Germany, and the United States pushed on June 22 for a cease-fire and deescalation of tensions in Libya following a warning by Egypt that it would intervene militarily if Turkish-backed forces attack the strategic city of Sirte.

Italian Foreign Minister Luigi Di Maio and his German counterpart, Heiko Maas, said after talks in Rome that a cease-fire is urgent given the Egyptian threat. Di Maio also called for the quick naming of a new U.N. envoy and the strong enforcement of a U.N. arms embargo on Libya.

“If we stop the arrival of weapons, or strongly reduce them, we will be able to reduce the aggressiveness of the Libyan parties in this conflict,” Di Maio said.

Egyptian President Abdel-Fattah el-Sissi warned over the weekend that any attack on Sirte or the inland Jufra airbase by Turkish-backed forces loyal to the U.N.-supported but weak government in Tripoli would amount to crossing a “red line.”

He said Egypt could intervene militarily with the intention of protecting its western border with the oil-rich country, and of bringing stability—including establishing conditions for a cease-fire.

The Tripoli-based government dismissed el-Sissis comments as a “declaration of war” while authorities in the east welcomed his support.

It said the two U.S. officials stressed the “need for military pause and return to negotiations.”

“All sides need to return to U.N.-led ceasefire and political negotiations because this tragic conflict is robbing all Libyans of their future,” Townsend said.

Norland called for foreign countries supporting Libyas rivals to stop “fueling the conflict, respect the U.N. arms embargo, and uphold commitments made at the Berlin Summit” earlier this year.

The German foreign minister said the Egyptian threat indicated that a further escalation was possible, making it “all the more urgent to agree on a cease-fire now.”

Di Maio, for his part, said Italy was prepared to provide even more contributions to a naval and air mission to enforce the U.N. arms embargo on Libya, saying it will be crucial even after a cease-fire is signed.

“In the coming days we will have talks with the Libyan parties to try to bring forward as soon as possible the signing of a cease-fire,” Di Maio said. “Even once there is a cease-fire, I think the [arms embargo] mission will continue to be important because especially with a cease-fire, we have to limit the arrival of weapons in Libya.”

Italy is particularly concerned that any escalation of the conflict will unleash more waves of migrants onto smugglers boats headed for Italian shores. The pandemic in hard-hit Italy sRead More – Source