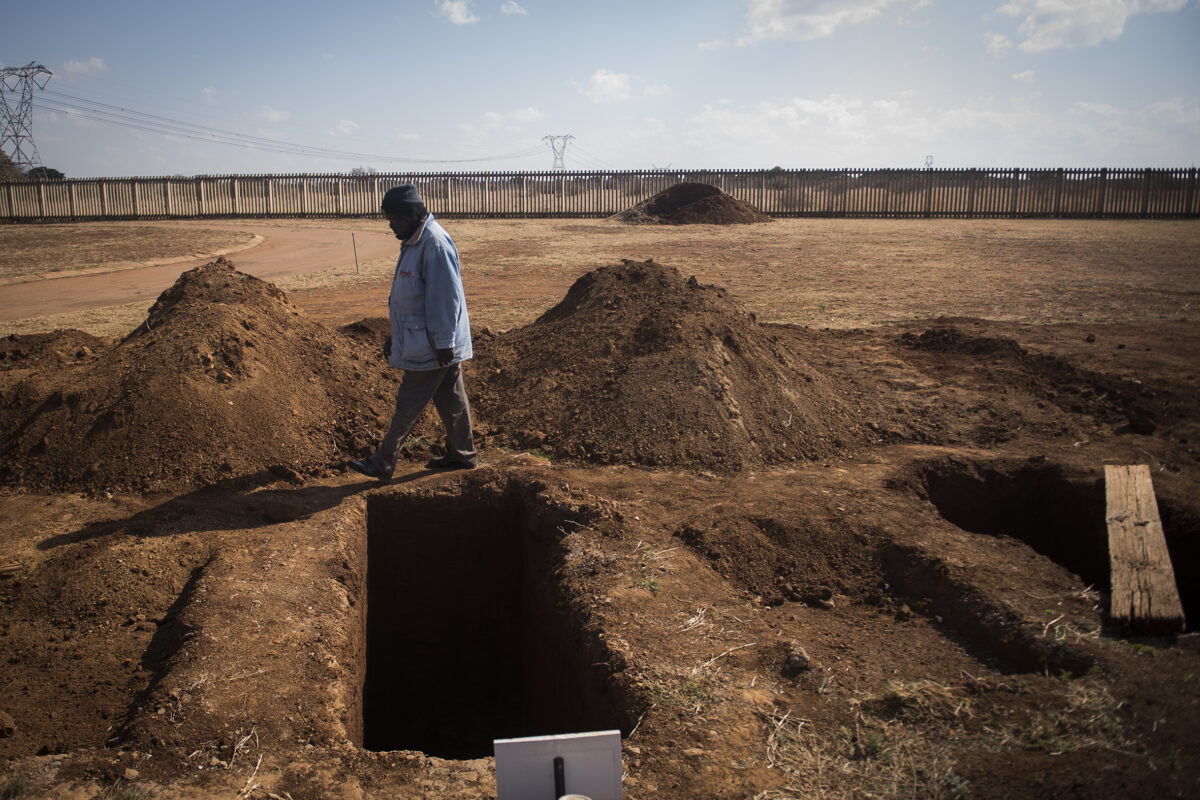 Just a day after confirmed coronavirus cases across Africa surpassed the half-million milestone the total was over 522,000 and climbing, with more than 12,000 deaths. With testing levels low, the real numbers are unknown.

South Africa has the most confirmed cases with over 224,000, and for the first time Gauteng province—home to Johannesburg and the capital, Pretoria—has the countrys most cases with over 75,000, or 33 percent.

“Its a reality that we need to deal with,” he said, and its the publics responsibility “to make sure that we dont get there.”

But the province in a statement on July 9 sought to calm fears, saying it “does not have over a million already open dug graves” and clarified that the official was saying the province has enough space for that many. It also said six members of Gautengs COVID-19 “war room” have tested positive for the virus.

Modeling has shown that South Africa will have nowhere close to that many deaths in the months ahead. Several models forecast between 40,000 and 80,000 by the end of the year.

Asked about the graves, Africa CDC chief John Nkengasong said, “theres absolutely no harm to think ahead” and prepare for the “worst-case scenario.”

Weve crossed a critical number here,” he said of the half-million milestone. “Our pandemic is getting to full speed.”

He called for more mask-wearing, saying “this battle will be won or lost at the community level.” He also called for more testing, as just 5.7 million tests for the new virus have been conducted across the continent of 1.3 billion people.

With painful memories of many people dying in Africa while waiting for accessible HIV drugs years ago, the Africa CDC on July 9 created a consortium aimed at securing more than 10 late-stage COVID-19 vaccine clinical trials on the continent as early as possible.

“We want to be sure we dont find ourselves in the 1996 scenario, where HIV drugs were available, but it took almost seven years for those drugs to be accessible on the continent,” Nkengasong said.

With any COVID-19 vaccine, a “delay in Africa of even one year would be catastrophic,” he said.

He said the new consortium of African institutions will engage with the GAVI vaccine alliance and other entities outside the continent amid efforts to ensure that a vaccine is distributed equitably from the start.

Those efforts are challenged by the United States and others assertively making deals with vaccine makers to secure supplies in advance.

The African Union in June said governments around the world should “remove all obstacles” to swift and equitable distribution of any successful COVID-19 vaccine, including by making all intellectual property and technologies immediately available.