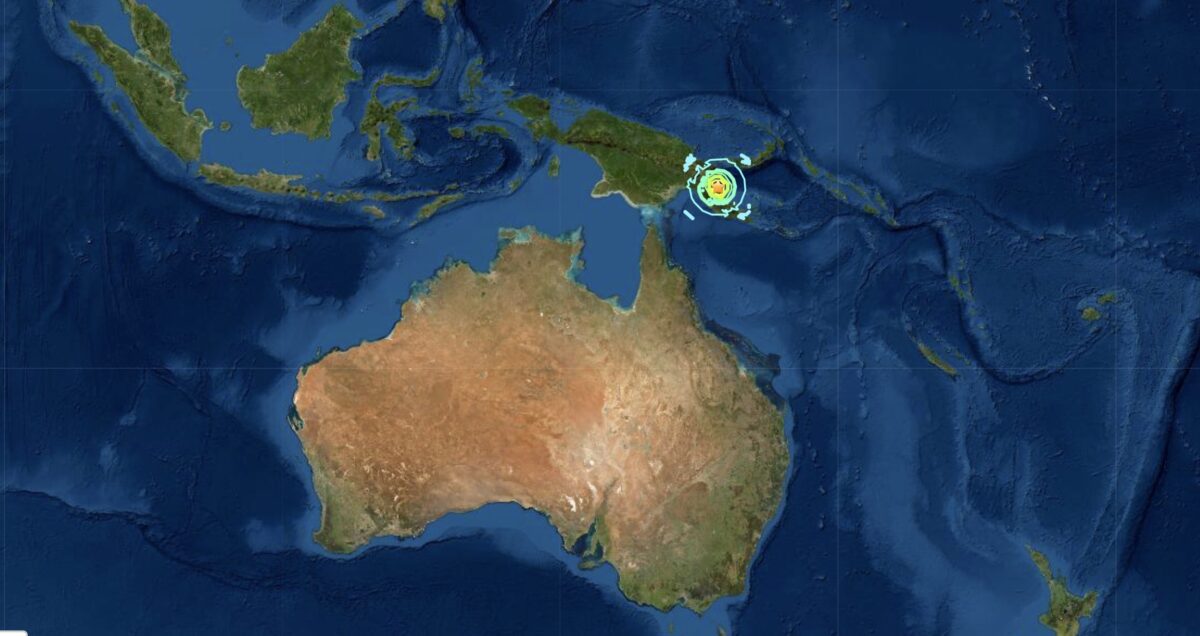 A 7.1 magnitude earthquake has been reported on Papua New Guinea, according to Australias Bureau of Meteorology.

The significant tremor struck at 12:50 p.m. local time about 200 kilometers (124 miles) north of Port Moresby from an epicenter at 82 kilometers (51 miles) depth.

One report from Cairns, Australia, indicated light movement detected on the Australian mainland.

According to the Joint Australian Tsunami Warning Centre, historical data and tsunami modelling for the region indicated that the earthquake “is not capable of generating a tsunami affecting the Indian Ocean region.”