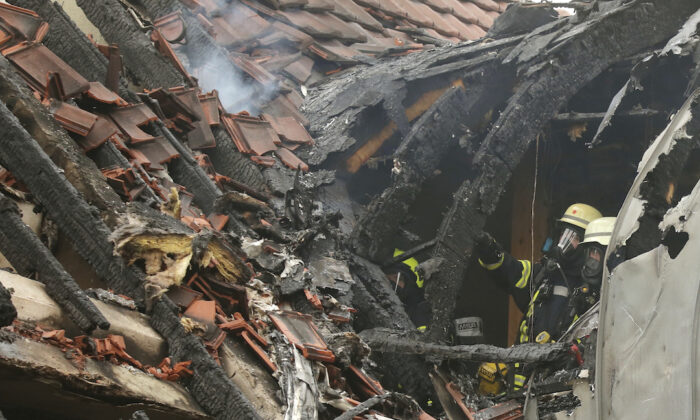 Emergency services attend the scene after a light plane crashed into an apartment building in Wesel, Germany, on July 25, 2020. David Young/dpa via AP)

BERLIN—A small aircraft crashed into a residential building in the German state of North-Rhine Westphalia, killing three people and injuring a child, police said on Saturday.

The roof of the apartment building in the town of Wesel caught fire after the microlight plane crashed into it, a police spokesman said.

Witnesses told local media that the aircraft had collided with a hot-air balloon shortly before the crash.