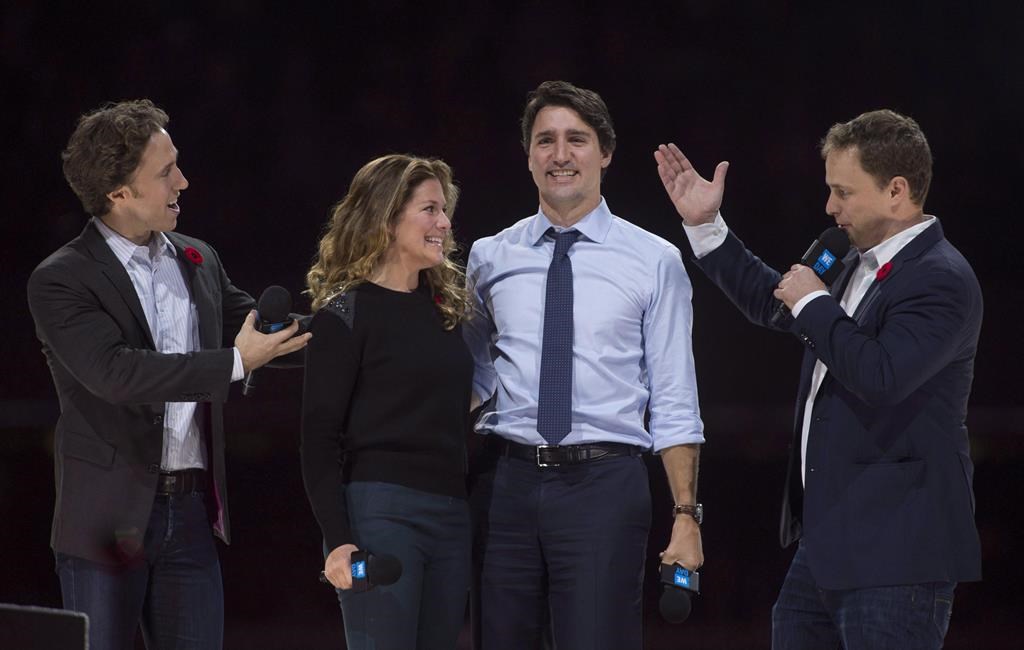 OTTAWA—Justin Trudeau will be in the hot seat today for a rare prime ministerial appearance at a House of Commons committee, facing questions about his role in the simmering controversy involving the WE organization.

MPs on the finance committee will grill Trudeau about the events that led to his Liberal cabinet asking the WE Charity to oversee a $912-million program that provides grants to students and graduates for volunteering.

Conservative MP Pierre Poilievre warned that if the prime minister doesnt fully answer questions from opposition MPs about his own and his familys ties to the WE organization, they will call him back again.

“We want the truth, the whole truth and nothing but the truth,” Poilievre told reporters in Ottawa Wednesday.

The Conservatives say many of their questions for Trudeau will revolve around hundreds of thousands of dollars in speaking fees paid to members of his family for appearing at WE events, along with related expenses.

WE had previously confirmed that Trudeaus mother, Margaret Trudeau, was paid about $250,000 for 28 speaking appearances at WE-related events between 2016 and 2020 and his brother Alexandre has been paid $32,000 for eight events.

WE co-founders Craig and Marc Kielburger testified Tuesday that Trudeaus wife Sophie Gregoire Trudeau has participated in seven WE Days and received an average of $3,618 for each event, to cover her expenses. That works out to $25,326 in total.

The Conservatives are now calling on federal ethics czar Mario Dion to widen his probe of Trudeau to include travel expenses WE covered in addition to speaking fees for his mother, wife and brother.

“What else is he hiding in this affair?” Poilievre said Wednesday.

On Wednesday, Dion sent letters to Conservative and NDP MPs saying he is widening his investigations into trips Finance Minister Bill Morneau and his family participated in that were sponsored by the WE organization.