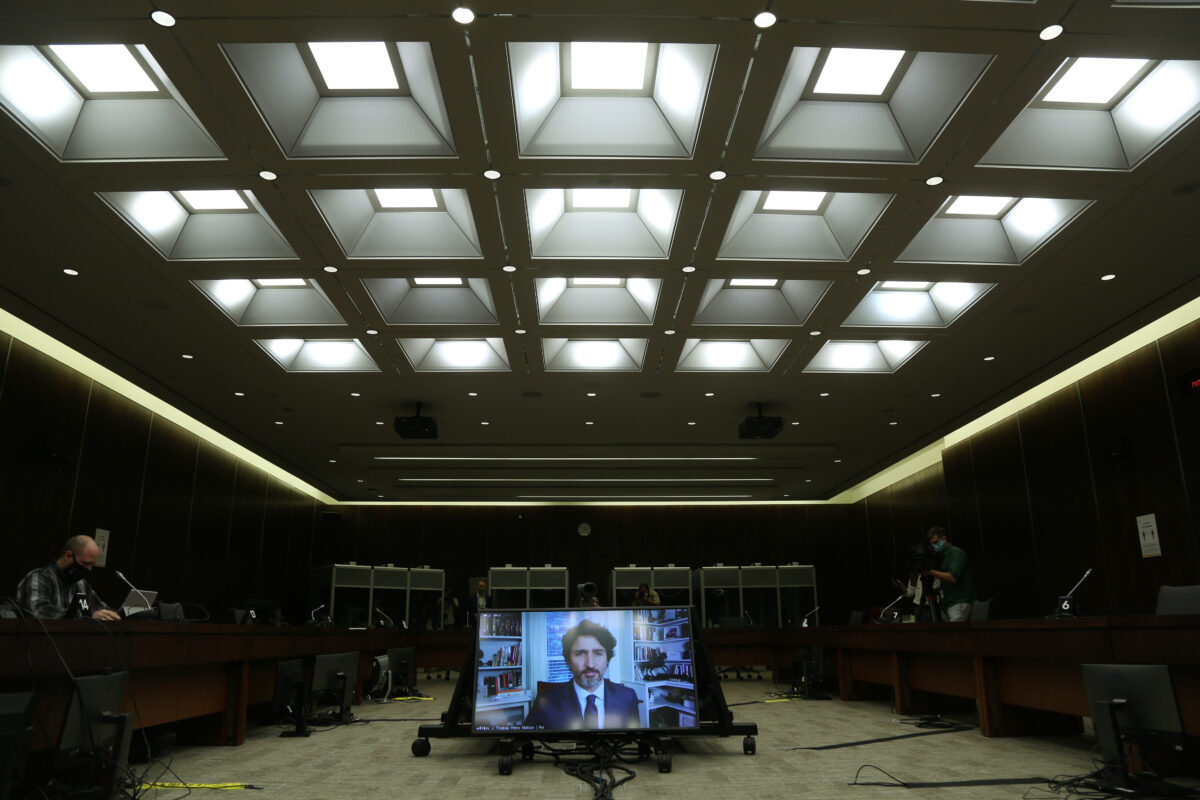 OTTAWA—Prime Minister Justin Trudeau says he knew there would be problems with perception over having WE Charity run a $900-million student-volunteer program, but he believed there was no conflict of interest because his family would not benefit.

The prime minister also said he did not seek guidance from the federal ethics commissioner after public servants recommended the WE organization administer the Canada Student Service Grant.

This, despite the fact Trudeau said he did know the public and opposition politicians would scrutinize the deal because of his own and his familys ties to WE, which is why he told the public servants recommending the organization to go back and make absolutely sure they were on solid ground.

“I knew there would be perception issues around this,” Trudeau said Friday in Ottawa, speaking to reporters less than 24 hours after making a rare prime ministerial appearance at a House of Commons committee over his role in the controversy.

“At the same time, delivering a grant program to students who volunteer across the country has absolutely nothing to do with any work my brother or mother did with WE and thats why there was no conflict of interest.”

Trudeau said he should have recused himself from the discussions, but instead chose to ask for this due diligence to be done—something he says he now regrets.

The prime minister testified Thursday that he didnt learn WE had been chosen by the public service to run the program until May 8, which was just hours before the arrangement was to be taken to cabinet for approval.

Thats when, Trudeau said, he put the brakes on the deal.

“We pulled the item from the agenda so that we could be doing the right thing, the way,” Trudeau told the Commons finance committee.

“Multiple ministers and senior officials have testified at the finance committee. Not one of them said that the prime minister pulled the WE proposal from the May 8 cabinet meeting and sent it back for further scrutiny,” Scheer said in a statement Friday.

The public service later came back on May 21 to reaffirm its recommendation that WE was the only organization that could run the student-volunteer program, Trudeau said. WE ended up backing out of the deal in early July over the political controversy.

Trudeaus chief of staff Katie Telford testified that the civil servants presented it as a “binary choice”—either they moved ahead with WE Charity to deliver the program or they wouldnt go ahead with it at all.

In his testimony, Trudeau acknowledged his familys involvement with WE: his mother, brother and wife have participated in and spoken at WE events, and have been paid hundreds of thousands of dollars in fees and expenses, although he testified the amounts were not previously known to him.

He stressed that he did not have any conversations with WE co−founders Craig and Marc Kielburger during this time and that WE Charity did not receive any preferential treatment by him or anyone else in the government.

He also said he didnt talk to his staff about WE Charity or its proposed involvement in the volunteering program until May 8, although he has since learned policy staff in his office had been working with the Privy Council Office and other departments, and they knew that WE Charity was under consideration to run the effort.

The prime minister and Telford also both noted that Sophie Gregoire Trudeaus work with WE, including a podcast on mental wellness, has been unpaid except for expenses covered by the organization, all of which had been cleared by the ethics commissioner.

The Conservatives and NDP have called on federal ethics watchdog Mario Dion to widen his probe of Trudeau to include these expenses.

Dion is already investigating Trudeau and Finance Minister Bill Morneau for possible violations of the Conflict of Interest Act for not recusing themselves during cabinet discussions about the WE deal. Dion is also looking into WE-sponsored trips Morneau and his familyRead More – Source