But for all its recognition, it wasn't the only facility that cracked the code of the Germans' secret messages. In fact, the US had a Bletchley Park of its own right in Washington — and it was women volunteers who historians say did much of the heavy-lifting it took to decipher the enemy's cryptic language.One of those women is Judy Parsons, a 99-year-old former Navy lieutenant and school teacher now living in the suburbs of Pittsburgh. "There's a bit of a misnomer, in that Bletchley Park is often discussed as the primary center where German codes and ciphers were being broken down," said Cmrd. David Kohnen, a historian at the Naval War College. "In fact, after 1943, most of that work was being done in Washington, DC, at Nebraska Avenue by WAVES like Judy." Today, Parsons is a mother, grandmother and great-grandmother.But back in 1942, she was a recent graduate of the Carnegie Institute of Technology — now Carnegie Mellon University — eager to do her part to help the country. Sexism is still a very real impediment facing women in workplaces of all kinds — including the military — and many of the barriers blocking women from pursuing their careers stood even taller at the time of WWII.While women played critical roles to support US Armed Forces and keep the economy humming in World War I, World War II was a game changer for women in military service. 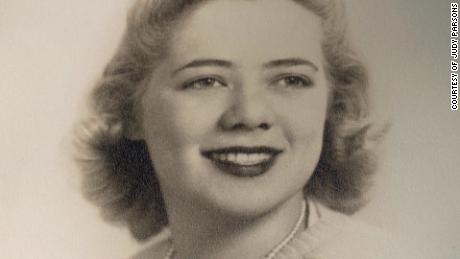 In the summer of 1942, President Franklin Roosevelt signed the Navy Women's Reserve Act, creating a new division of the US Navy known as the WAVES — Women Accepted for Volunteer Emergency Service — and clearing a path for women to play a larger role in the Navy than ever before. After graduation, Parsons — who went by her maiden name Potter at the time — took a job with the Army's Ordnance Department, where she worked to supply US forces with ammunition.But one day, something in the newspaper caught her eye: The Navy was accepting women volunteers to attend its officer training school."That appealed to me a great deal, so I applied and I was accepted," Parsons said.

An oath of silence

After completing her officer training in 1943, Parsons was sent to Washington, where she was brought to a seminary campus on Nebraska Avenue that the Navy had converted into a military intelligence headquarters.When she arrived, Parsons and the other WAVES were asked a series of questions to determine their next assignment. "We were shuffled into the chapel and someone came in there and said 'Does anyone know German?'" said Parsons. "And I said, 'Well, I took two years in high school.'"That was apparently all the Navy needed to hear. 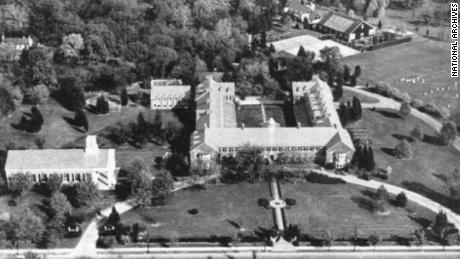 Parsons was assigned to OP-20-G, a codebreaking division within the Navy's Office of Communications focused on unraveling encrypted messages sent by German forces. The work she was assigned to was top-secret. And from the start, it was impressed on her and the other WAVES of OP-20-G that they'd be "hung at the gallows" if they ever spoke about what their job entailed, Parsons said. It's a promise she says she kept for decades — never once discussing the work she did with her roommates, friends, or even her husband, until discovering in the 1990s that it had been declassified.Parsons can speak freely about her time in the Navy now, but says staying silent all those years was not always easy. 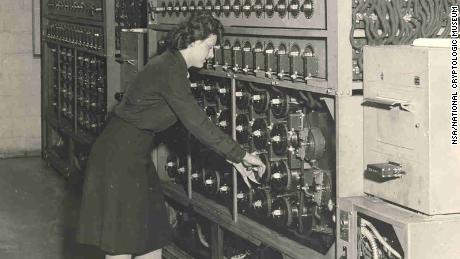 Parsons said people assumed she was working as a glorified secretary. Not being able to tell them otherwise was difficult. "They'd say 'What do you do?' and I'd say, 'Well, I have a desk job.' And they'd say, 'Well, that's what we thought women would get.' And that was hard because I couldn't talk about it." Still, Parsons felt that keeping quiet helped dispel at least some of the myths that had been used to keep women from serving their country."The top bananas said that women couldn't keep a secret, and we showed them that we could."

A mental battle waged in code

For Parsons and the others in OP-20-G, their battles were fought not with guns and artillery, but with code. And their primary foe was the Enigma machine — the notorious encryption device used by the Nazis to conceal and communicate their war plans. Parsons' focus was on deciphering messages sent to U-boRead More – Source