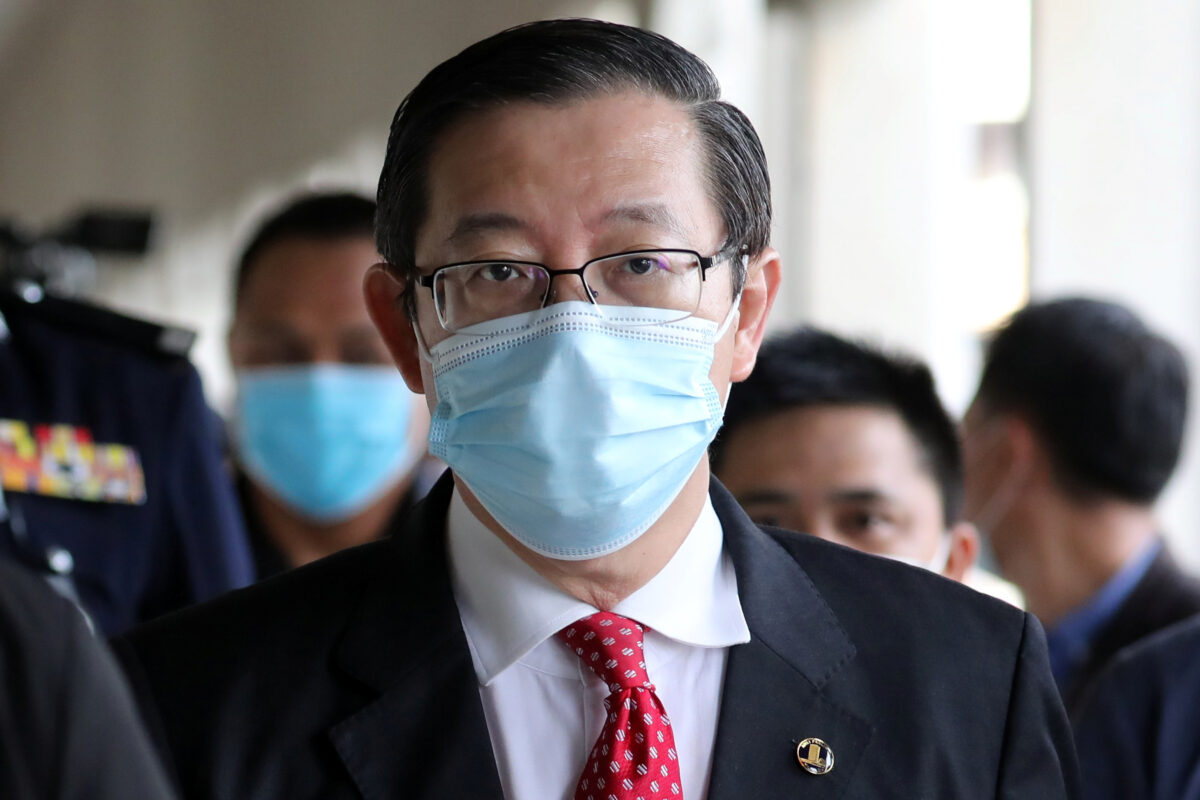 KUALA LUMPUR—Malaysia on Friday charged former finance minister and senior opposition leader Lim Guan Eng with corruption for seeking a bribe on a $1.5 billion infrastructure project, a move slammed by his supporters as political persecution.

The charges against Lim, who was minister in the Mahathir Mohamad-led coalition that collapsed in February, comes amid speculation that elections could be imminent due to Prime Minister Muhyiddin Yassins slim majority in parliament.

Lim was charged at a Kuala Lumpur court session for seeking a bribe to appoint a company to manage an undersea tunnel project in Penang state, which he led as chief minister from 2008 until his appointment as finance minister in 2018.

Lim, arrested on Thursday night, pleaded not guilty to the charge, according to state news agency Bernama. Lim and his lawyers could not be immediately contacted.

If found guilty, Lim faces a jail term of up to 20 years and heavy fines. Anti-graft officials have said Lim will face two more charges next week.

“There is not a single bit of evidence that suggests wrongdoing. Political persecution by Perikatan Nasional has begun,” opposition lawmaker Teresa Kok said, referring to the ruling coalition.

Charles Santiago, another opposition lawmaker, called the charges a “dirty ploy” to destroy the opposition bloc.

The prime ministers office did not respond to a request for comment.