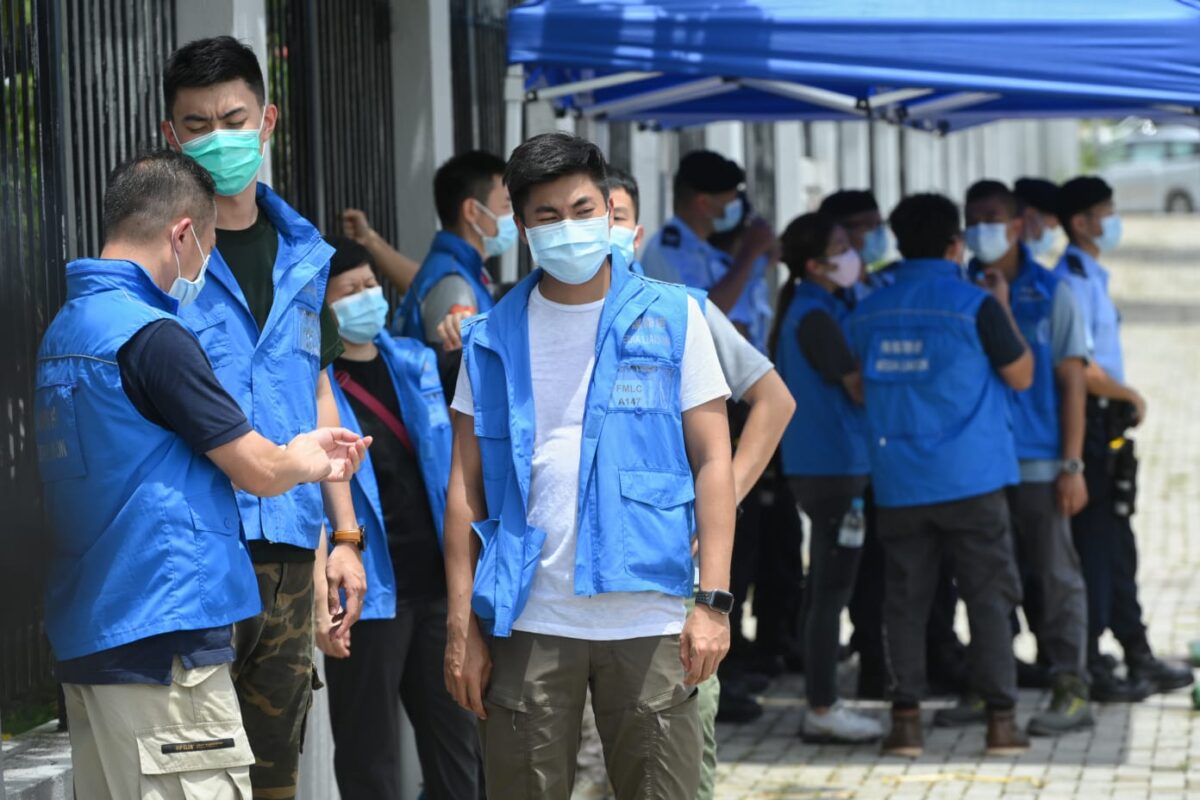 A mass crowd of at least 100 police officers swept through the newsroom of Apple Daily, a Hong Kong media known for its critical coverage of the Chinese Communist Party (CCP) and Hong Kong government. The owner of Apple Daily is media mogul Jimmy Lai, an outspoken pro-democracy activist in Hong Kong. The raid immediately followed his arrest on Monday morning.

Can you imagine the newsrooms of @nytimes or @guardian encounter something like this? After HK police arrested @JimmyLaiApple, hundreds of police were sent to Apple Daily office without the search warrant. pic.twitter.com/mia12rSYyP

Apple Daily live streamed a mass squadron of police officers marching into Apple Dailys headquarters in southeastern Hong Kong. The livestream showed police sifting through files on desks, lining up staff for identification, and searching through the newsroom.

Apples live video also revealed a handcuffed Jimmy Lai being walked through the office by police officers after being arrested at his home. He was charged on suspicion of collusion with a foreign country or external elements to endanger Chinas national security, according to a statement released by the Hong Kong Police force.

At least 18 Police vans were counted at the entrance of Apple Dailys headquarters during the raid in photos by RTHK, Hong Kongs public broadcaster.

“The Police entered and searched a building in Tseung Kwan O in accordance with a warrant issued by a magistrate to gather evidence for offenses related to national security,” a police statement announced on Facebook.

It remains unclear what exact actions prompted the police to raid Apple Dailys newsroom or charge its owner for collusion with external forces.

Reports have also surfaced of Hong Kongs police blocking media outlets from reporting from the scene of the raid.

In a video captured by local broadcaster RTHK, a police representative explained that they only permit reporter from media that “havent hindered police operations in the past” to enter the premises.

During this time, Li Kwai-wah, the senior superintendent of the National Security Department briefed the media on Lais arrest and the raid of Apple Dailys offices. Barred media were unable to directly report his comments. Some reporters who were allowed to stream his press conference were barred from asking any questions.

In his statement, Li said that the police would refrain from searching news-related materials in Apple Dailys headquarters. But his statement was at odds with Apple Dailys livestream, in which police officers were seen searching the desks of reporters in the newsroom.

The police have not yet responded to The Epoch Times request for comment.

Mondays events have raised widespread concern about the state of press freedom in Hong Kong.

Hong Kong Journalists Association Chair Chris Yeung said the police search was “horrendous” in a statement at the scene of the raid, calling on the citys journalists to prepare for the worst.

“I think somewhere in third-world countries, we might expect such Read More – Source