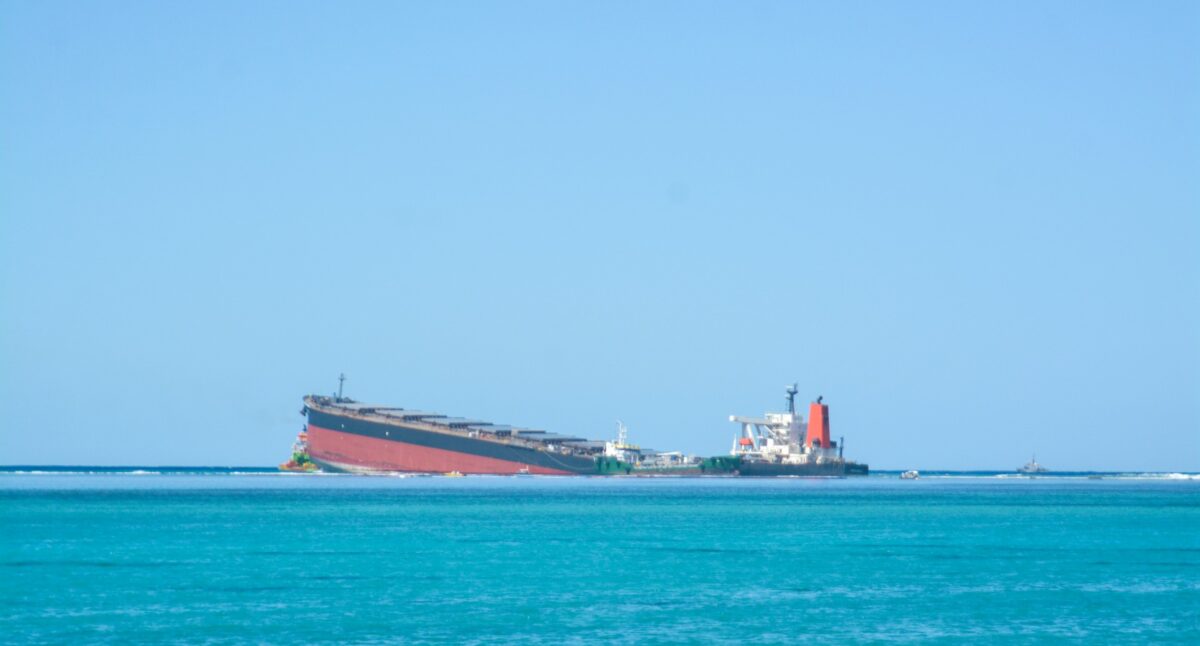 Photos posted on social media by the official cleanup effort with support of the environment ministry show the ship in two pieces, “and the tugboats are already at work.” Oil barriers were in place and a skimmer ship was nearby.

Most if not all the remaining 3,000 tons of fuel had been pumped off the ship in the past week as environmental groups warned that the damage to coral reefs and once-pristine coastal areas could be irreversible.

The MV Wakashio struck a reef on July 25 and its hull began to crack after days of pounding waves. Some 1,000 tons of fuel began to leak on Aug. 6.

The Mauritius government is under pressure to explain why immediate action wasnt taken to empty the ship of its fuel. Prime Minister Pravind Jugnauth earlier blamed bad weather for the slow response.

Owner Nagashiki Shipping has said “residual” amounts of fuel remained on the ship after pumping. It is investigating why the ship went off course. The ship was meant to stay at least 10 miles (16 kilometers) from shore. The company has sent experts to help in cleaning up the damage.