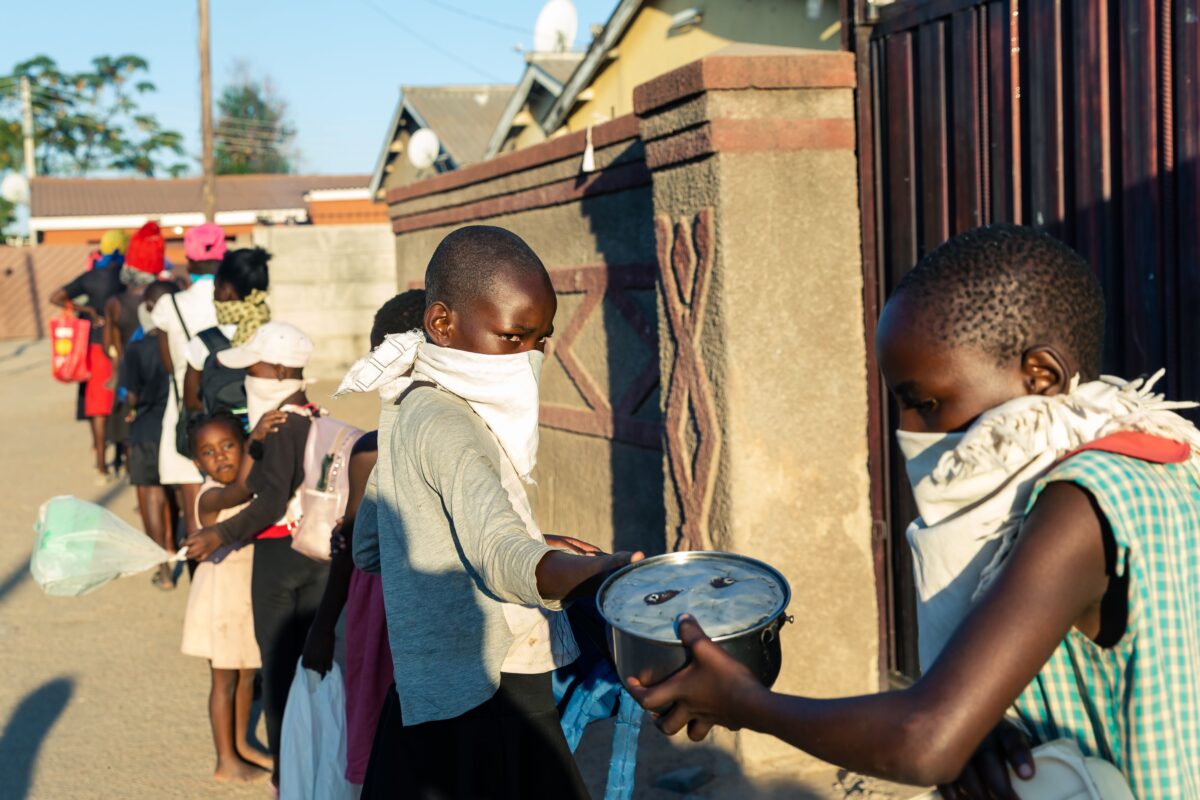 Pandemic-related lockdowns in developing countries may reduce 100 million people to grinding poverty while causing suffering and death on a scale that may dwarf the human effects of the CCP virus that causes the disease COVID-19, sources say.

Experts say that in recent years, growing economic freedom has lifted huge segments of the world population out of destitution.

“Over the last 25 years, more than a billion people have lifted themselves out of extreme poverty, and the global poverty rate is now lower than it has ever been in recorded history,” World Bank Group President Jim Yong Kim said in 2018. “This is one of the greatest human achievements of our time.”

But the sharp, sudden economic contraction caused by COVID-19 has inflicted serious damage on the global economy.

Steven J. Allen, distinguished senior fellow at the think tank Capital Research Center, told The Epoch Times that the effect of the spread of free markets “on the poorest people, has been to raise them out of poverty, and then, this comes along and just knocks them right back down.”

The lockdowns “dont appear to have had any positive effect in terms of stopping the virus,” added Allen, who earned a doctorate in biodefense from George Mason University.

“Progressives [who have supported the lockdowns more strongly than conservatives] never really think about the impact their policies have on those who cant afford them. Its going to take years to recover from this.”

The outlook for the economy is grim, according to Kenneth Rogoff, the Thomas D. Cabot professor of public policy and professor of economics at Harvard University. The “economic catastrophe” caused by the pandemic is “likely to rival or exceed that of any recession in the last 150 years,” he wrote in April.

Poverty shortens lifespans, experts say. COVID-19 and the tough governmental responses to the pandemic appear poised to set back the struggle against acute poverty by years, as the world braces for what could be the first increase in extreme poverty in 22 years, according to an Associated Press report underwritten by the Pulitzer Center on Crisis Reporting.

The global extreme poverty rate plunged to 10 percent in 2015 from 36 percent in 1990 as the pool of very poor people shrank to 736 million from about 2 billion, according to World Bank data. This means that around 736 million people–half of whom are concentrated in Bangladesh, Congo, Ethiopia, India, and Nigeria—were scraping by on under $1.90 a day, the so-called international poverty line, as of 2015.

To put those figures in perspective, bear in mind that about 1.3 billion people worldwide dont have electricity, according to the Texas Public Policy Foundation, while another 2.5 billion have extremely limited access. This means that 3.8 billion people on the planet—out of the world total of about 7.7 billion human beings—are suffering from “energy poverty.”

Policy experts worry that the pandemic and the accompanying restrictions aimed at mitigating it could drag 100 million people around the world back below the international poverty line, according to the World Bank.

“For well-off people in wealthy countries, the lockdowns are an annoyance and a bore. The lockdowns are a disaster for poor people in poor countries,” said Myron Ebell, director of the Center for Energy and Environment at the Competitive Enterprise Institute, a think tank.

“Decades of progress in lessening hunger and raising living standards are being wiped out by these criminally insane lockdowns,” he told The Epoch Times.

“In the short term, I wouldnt be surprised if there is widespread hunger and even starvation in some poor countries. And it could take a decade or longer to overcome the economic devastation caused by the Wuhan virus panic.”

Some of the economic problems in countries outside the United States can be traced to weakness in the U.S. economy, said economist Christos A. Makridis, a research assistant professor at the W.P. Carey School of Business at Arizona State University.

“Supply chains across the world are so linked, so a decline in demand in the U.S. leads to even sharper declines in other countries because of their dependence on the U.S. market for their own economic activity,” he told The Epoch Times.

“Declines in their economic activity imply a deterioration in their health care infrastructures, too.”

Even developing countries that havent been hit hard by the virus have experienced other problems related to the economic slowdown in the United States and Europe, he said.