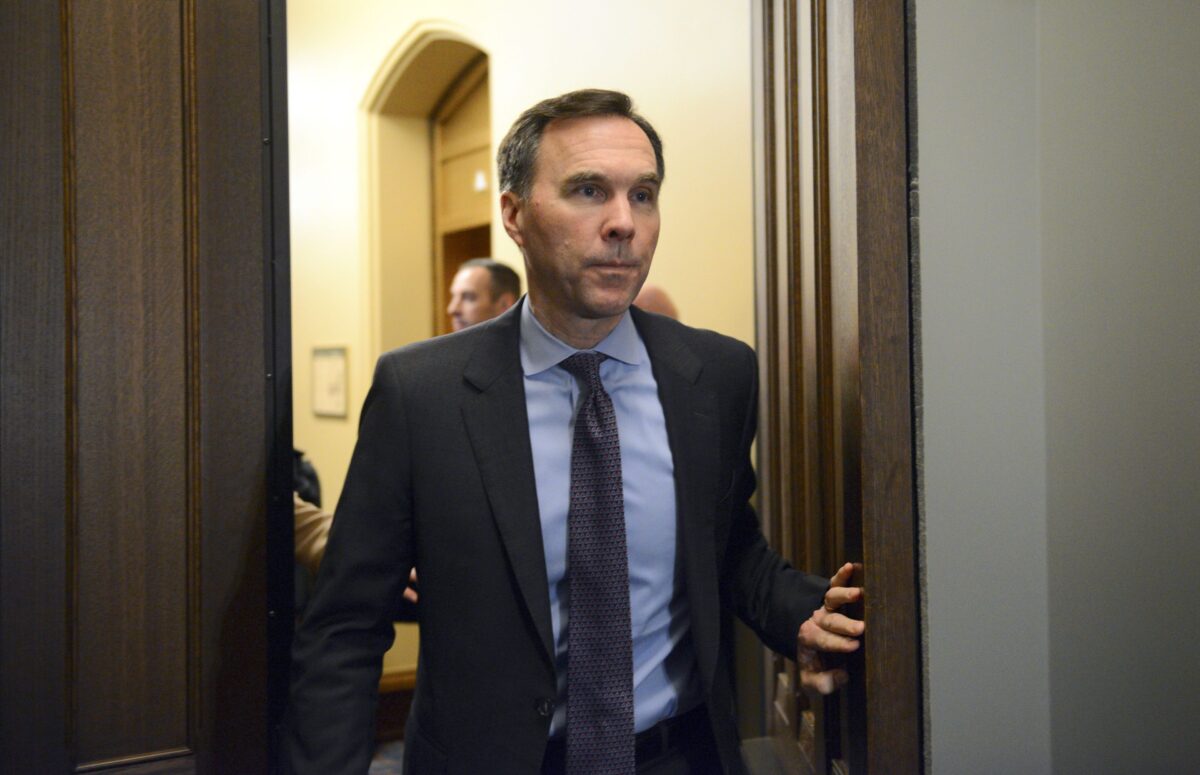 Prime Minister Justin Trudeau has handed over the reins of the finance portfolio to trusted Deputy Prime Minister Chrystia Freeland, as the country grapples with double-digit unemployment and ballooning national debt in the hundreds of billions.

Bill Morneau, a Bay Street veteran and former chair of C.D. Howe Institute who resigned as finance minister on Aug. 18, was praised by Trudeau for developing “a strong economy with one of the best balance sheets in the G7.”

Officially, Morneau said he needs to step away as he cant be around for the long road ahead, and wants to seek the leadership of the OECD.

Morneaus resignation comes as the WE Charity scandal, which has plagued the Liberal government for months, continues to escalate.

Morneau and Trudeau are both facing investigations by the federal ethics watchdog for taking part in talks to hand WE Charity a $910 million contract to run a pandemic-related student-volunteer program. Both have apologized for not recusing themselves from discussions on the contract despite the charitys ties to their families.

In November 2015, Morneau became the first rookie MP in nearly a century to step into the high-profile and demanding role of finance minister.

He set about implementing pillars of Trudeaus economic platform, including tax cuts for the middle class, the new Canada Child Benefit, and a revamped Canada Pension Plan.

During Morneaus time, Canadas deficit soared to $343 billion amid the economic crisis of the pandemic. But even before COVID-19 crippled the countrys economy, the projected deficit for 2019-2020 was $26.6 billion—up from $19.8 billion at the time the last federal budget was released on March 19, 2019.

Jack Mintz, presidents fellow of the School of Public Policy at the University of Calgary, said in an Aug.17 tweet that though he didnt agree with all of Morneaus fiscal policies, he is a “generous thoughtful man,” and praised him for initiatives such as Canada Pension Plan reform and the child benefit.

In June of this year, Fitch Ratings—one of the big three U.S. credit agencies—downgraded Canadas triple AAA standing to AA+ over the governments decision to borrow nearly $250 billion to keep the economy afloat during pandemic measures that shut down the economy.

Morneau also stewarded the controversial carbon tax into existence, the subject of ongoing constitutional litigations involving the provinces where it was levied—Ontario, Saskatchewan, Alberta, and Manitoba—jurisdictions without their own fiscal measures directed at hydrocarbon consumption.

Morneau also increased taxes on those earning $200,000 or more and lowered taxes for middle-income earners.

A contentious tax-reform plan he proposed in 2017 led to an outcry from enraged business owners, doctors, tax experts, and even backbenchers within his own Liberal caucus.

“Ive learned from this experience that we have to be very good at communicating to Canadians what it is that were trying to achieve,” he said at the time.

Morneaus changes to the Canada Pension Plan in 2017 precipitated his second run-in with the ethics commissioner related to his family business Morneau Shepell, which does business Read More – Source