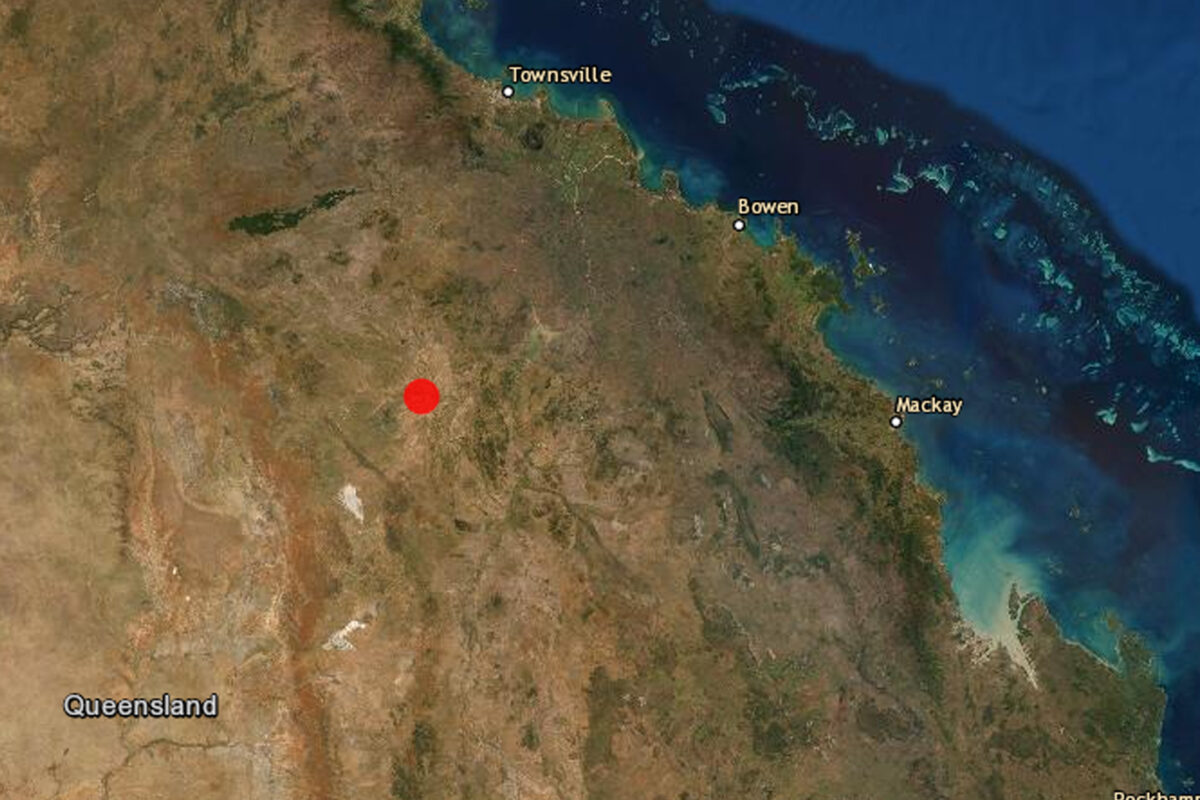 Residents in north Queensland have been rattled by an inland earthquake, their second for the year.

The 4.9 magnitude quake occurred about 1 p.m. AEST on Aug. 23 about 100 kilometres (62 miles) south of Charters Towers, according to Geoscience Australia.

The quake, about 10km deep, has so far caused no damage, with people reporting windows rattling nearly 200km away in Townsville.

The region was also hit by a 4.9 magnitude quake off the coast of Bowen on April 15.

Northwest Queensland has been struck by 10 earthquakes in the last five years. The largest was an underwater 5.7 magnitude quake near Bowen Aug. 18, 2016.