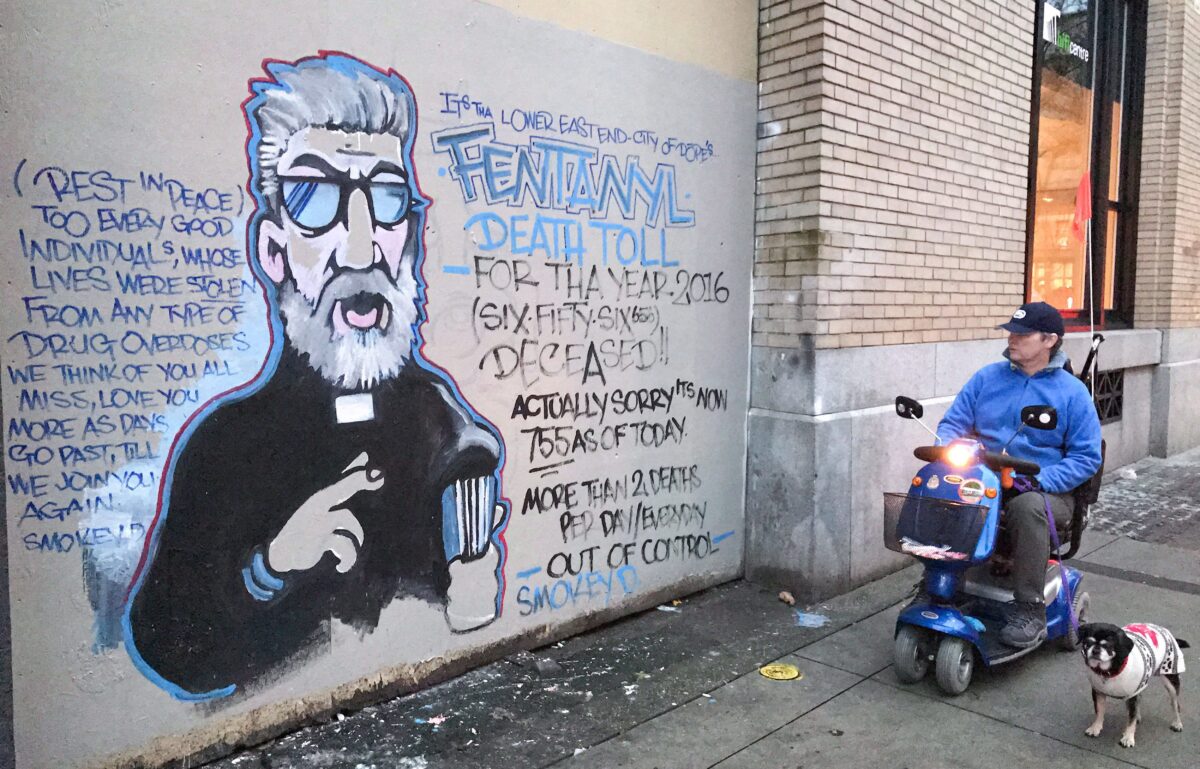 Canadas chief health officer, Dr. Theresa Tam, contended on June 21 that, as part of addressing the opioid crisis, talks are needed on decriminalizing hard drugs. Following Tams remarks, federal Health Minister Patty Hajdu said that while decriminalization is not a “silver bullet” solution, it is something the government is deliberating.

The tragic increase in drug overdoses has been accelerated by the COVID-19 pandemic, but the call for decriminalization has a somewhat longer history.

Some seven years ago, a weekend edition of the Wall Street Journal featured an article advocating the decriminalization of drugs. Then, economists Gary Becker and Kevin Murphy argued that the war on drugs had failed and the risk of maintaining current laws was far too high. They called for the legalization of drug use as the ultimate solution to the drug abuse problem.

Decriminalization is not legalization—it just means that those caught using drugs wont face criminal charges—but it can be a stepping stone to legalization.

As always, the argument for the legalization of drugs goes something like this:

Firstly, governments spend a great deal of money trying to prevent drug abuse. Secondly, laws against using and selling drugs result in the unnecessary imprisonment of offenders. Thirdly, criminalizing drugs makes their sale very lucrative, violent, and destructive in the neighbourhoods where business is done. And finally, increasing access to a safer supply of legal drugs and providing supervised consumption sites reduces the danger of death by overdose.

None of these arguments for legalization are ignorant or irrational, but some have posed the question: Are they right?

Writing in a 2013 edition of First Things magazine, Catholic scholar R. R. Reno invited readers to consider a different perspective on the legalization of drugs. He begins with an analogy to no-fault divorce. Clever people, he said, argued that traditional divorce laws were unworkable. They did more harm than good. We were told that social change was inevitable and that “punitive divorce laws just make a bad situation worse.”

Some argued that existing laws disproportionately disadvantaged poor people who could not pay for lawyers, etc. “Better, therefore, to decriminalize divorce, as it were,” Reno wrote. “Yes, it might lead to an increase in divorce, but not by much, and in any event the social benefits would far outweigh the negatives.”

A similar argument is used to promote the legalization of drugs. Advocates hold that legalization may lead to some increase in drug use, but they say it will take the stigma out of addiction, which will help people get help to beat their affliction. The same argument was applied to no-fault divorce, predicting it would take the stigma out of splitting up and lead to better outcomes for kids and parents.

Reno predicted that governments would move to legalize drugs, but said people like Becker and Murphy were kidding themselves about the projected outcomes. “As has been the case with the rest of the cultural revolution of the last fifty years,” he wrote, “the meritocrats will use their new freedom wisely, while the weakest and most vulnerable members of society wont. Drug use will join illegitimacy, family instability, and educational dysfunction as problems to be managed and ameliorated.”

In addition, drug legalization could amount to a war on the weakest and most vulnerable among us. No-fault divorce became law in most North American jurisdictions in the late 1960s and early 1970s. “During the next decade, divorce rates among elites went up,” Reno wrote. “Then they stabilized and went down. Today rich people rarely divorce.” The rate is higher than before no-fault, but much lower than most people realize. Its at the levels of society that can least afford it that divorce is most common.

The same top versus bottom societal consequences are a potential long-term result of hard drug legalization. Children socialized by upper middle-class parents are more sensitive to the risk of acquiring a criminal record. Even if hard drugs are legalized, they will have the social capital and family support necessary to rRead More – Source