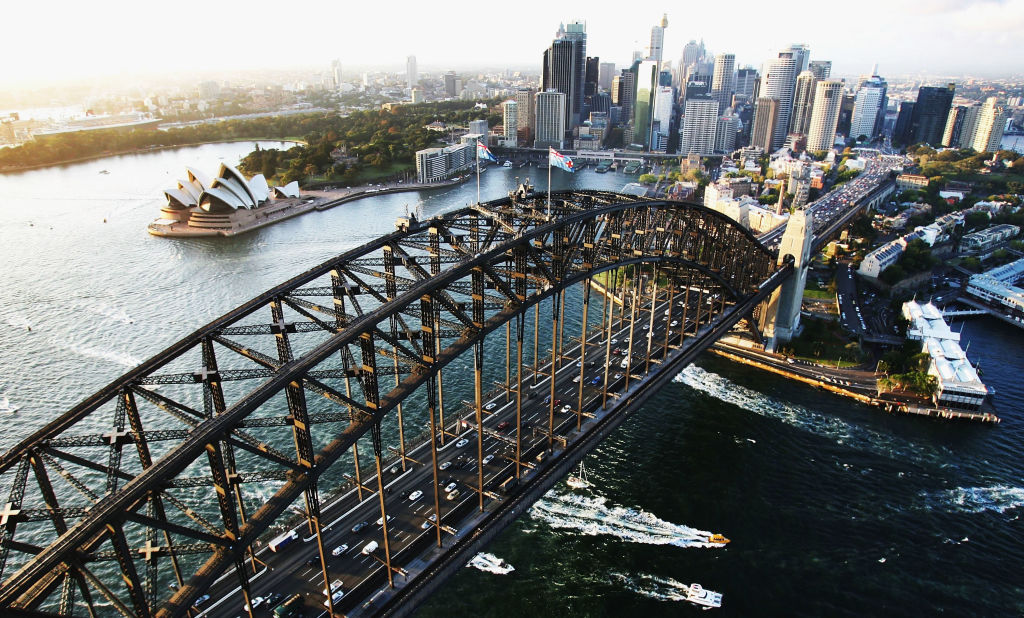 A woman has died after a head-on crash on the Sydney Harbour Bridge which is causing peak hour chaos with all lanes closed.

Around 7am on Aug 27 emergency services were called to the bridge, after reports a Mitsubishi Mirage travelling north and a BMW travelling south had collided.

The female driver of the Mitsubishi died at the scene, police said.

Her two passengers – both men believed to be in their 30s – were treated for head injuries and have been taken to Royal Prince Alfred Hospital. One is reported to be in a serious condition.

The driver of the BMW – a woman believed to be in her 40s – remains trapped and Police Rescue officers are trying to release her.

A helicopter ambulance landed on the bridge to transport the injured to hospital.

Drivers wanting to cross the harbour are being advised to use the Sydney Harbour Tunnel instead, although there is traffic heavy in both directions.

People driving to work should also consider working from home.

“Due to the serious nature of the crash, there is no forecast as to when all lanes will reopen,” traffic authorities said.Read More – Source