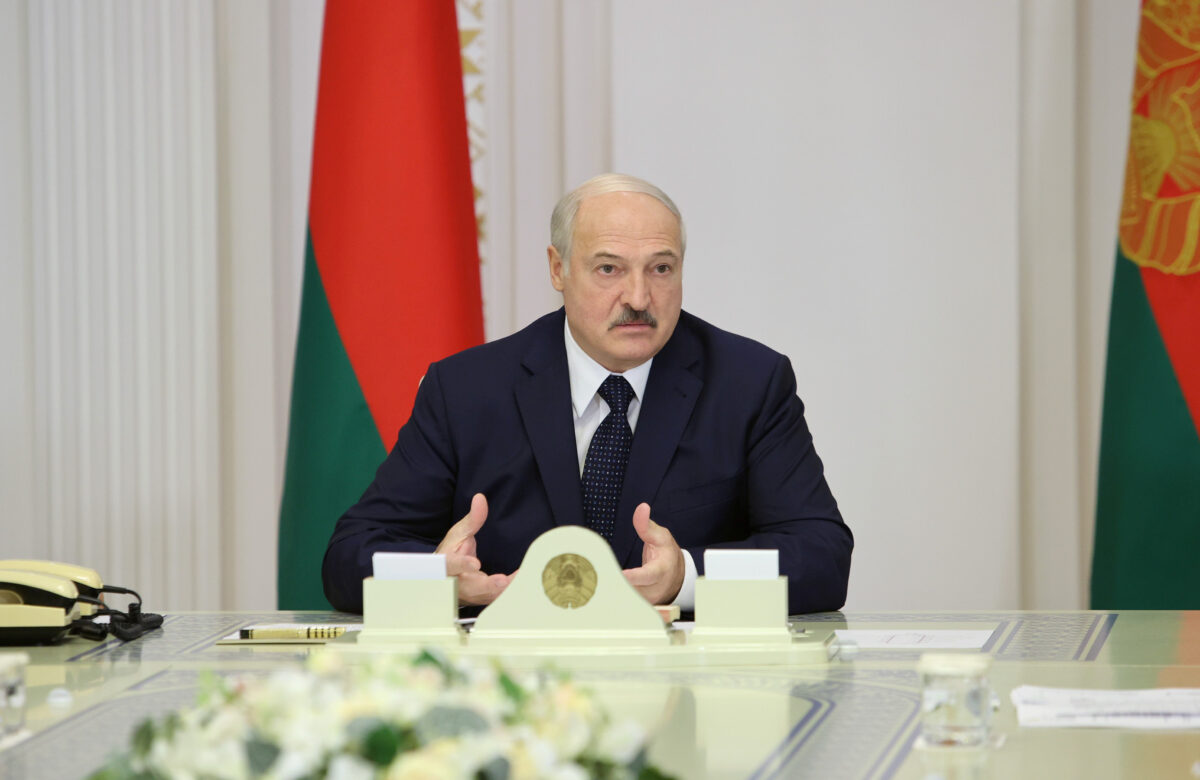 MOSCOW—Belarusian leader Alexander Lukashenko promoted hardline loyalists to top posts in his security apparatus on Sept. 3 in an effort to strengthen his grip on the former Soviet republic after weeks of mass protests and strikes.

Lukashenko, facing the biggest challenge to his 26-year rule, accompanied the reshuffle with instructions to act tough in the face of what he has repeatedly alleged is foreign aggression ahead of talks with Russian Prime Minister Mikhail Mishustin and a Russian government delegation.

“The country is working, although many, especially our neighbors, would like us to collapse,” Lukashenko said, referring to the European Union states bordering Belarus.

Retaining the loyalty of the security forces, who have helped him crack down hard on dissent, is vital to Lukashenko as he tries to crush protests that show no sign of abating after nearly four weeks.

The reshuffle included the appointment of a new security council chief, a new head of the KGB security service, and the promotion of the mayor of Minsk to the post of deputy prime minister.

The political crisis in Belarus erupted after a presidential election on Aug. 9 which protesters say he massively rigged to ensure a phony landslide win. Sviatlana Tsikhanouskaya, the opposition candidate was the real winner, they say. Thousands of people have repeatedly taken to the streets.

Belarus is a close ally of Moscow, which sees it as a vital strategic buffer between Russia and NATO. President Vladimir Putin has said the Kremlin set up a reserve police force at Lukashenkos request but it would be deployed only if necessary.

During talks with his Belarusian counterpart in Minsk, Russian Prime Minister Mikhail Mishustin said it was paramount to “completely eliminate external interference in the internal political processes of Belarus.”

Lukashenko has provided no evidence that foreign powers are behind the protests. The opposition has denied that, and NATO has also denied his allegations that its massing forces near the Belarusian border.

Lithuania, Latvia, and Estonia have imposed travel bans on Lukashenko and 29 other Belarusian officials whom they have accused of having a role in vote-rigging and in violence against protesters since the election. Belarus has pledged to retaliate.

Human rights experts from the United Nations said this week they had received reports of hundreds of cases of torture, beatings, and mistreatment of Belarusian protesters by police.