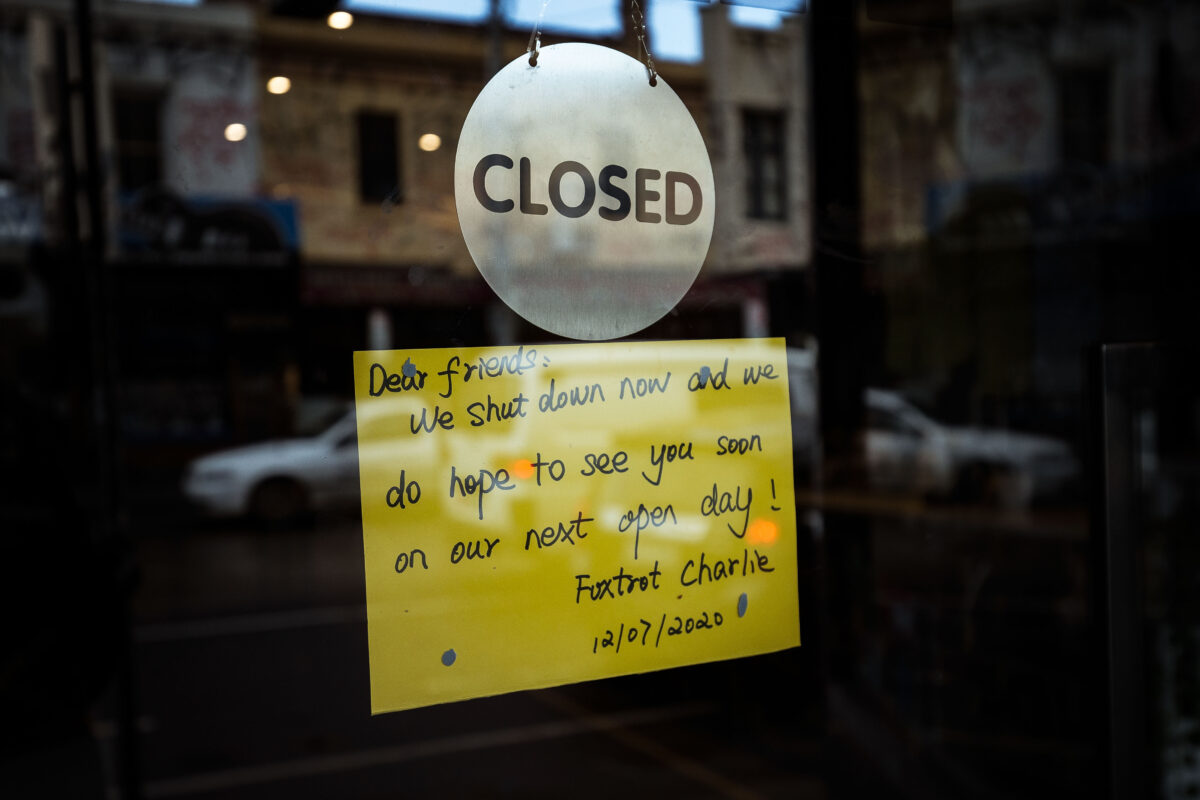 The Australian Small Business and Family Enterprise Ombudsman, Kate Carnell has challenged the Victorian government to pick up the costs incurred by small businesses who are unable to open due to the CCP virus extended stage four restrictions.

Carnell said the recently released roadmap out of lockdown by Andrews government has failed to bring hope and has left many business owners uncertain if its worth trying to holding on.

“Small businesses are telling us is that they are just giving up really, they have no idea how theyre going to stay afloat going forward,” she told Nine Networks Today Show on Sept. 7.

“Yes theres a plan, but for many of them they wont be open until the end of November, they have no idea how to hang in until then,” she said.

While Carnell noted that commonwealth and state government support packages such as JobKeeper and commercial tenancy relief do cover some of the costs lockdown had caused. She explained that these packages do not cover business owners for ongoing payments towards staff entitlements, bank loans, and equipment leases.

Victorian Premier Dan Andrews on Sept. 6 announced a highly anticipated four-step roadmap out of the lockdown utilised by his government to combat the second wave of the SARS-CoV-2 virus.

Under the road map, retail trade and hospitality venues can only reopen in Stage 3, which will be declared when there is only an average of five or fewer traceable new COVID-19 cases occurring in a fortnight.

These targets are so “ethereal,” its understandable why businesses are seriously thinking of folding Carnell said.

“We are talking to the Victorian government, and they will have to come to the party, on picking up these costs that businesses have no control over,” she said.

“The business community had high hopes that todays announcement would signal the end of Stage 4 restrictions on 13 September and instead businesses are left frustrated and facing more weeks of lost revenue and mounting costs they cant afford,” he said in a _