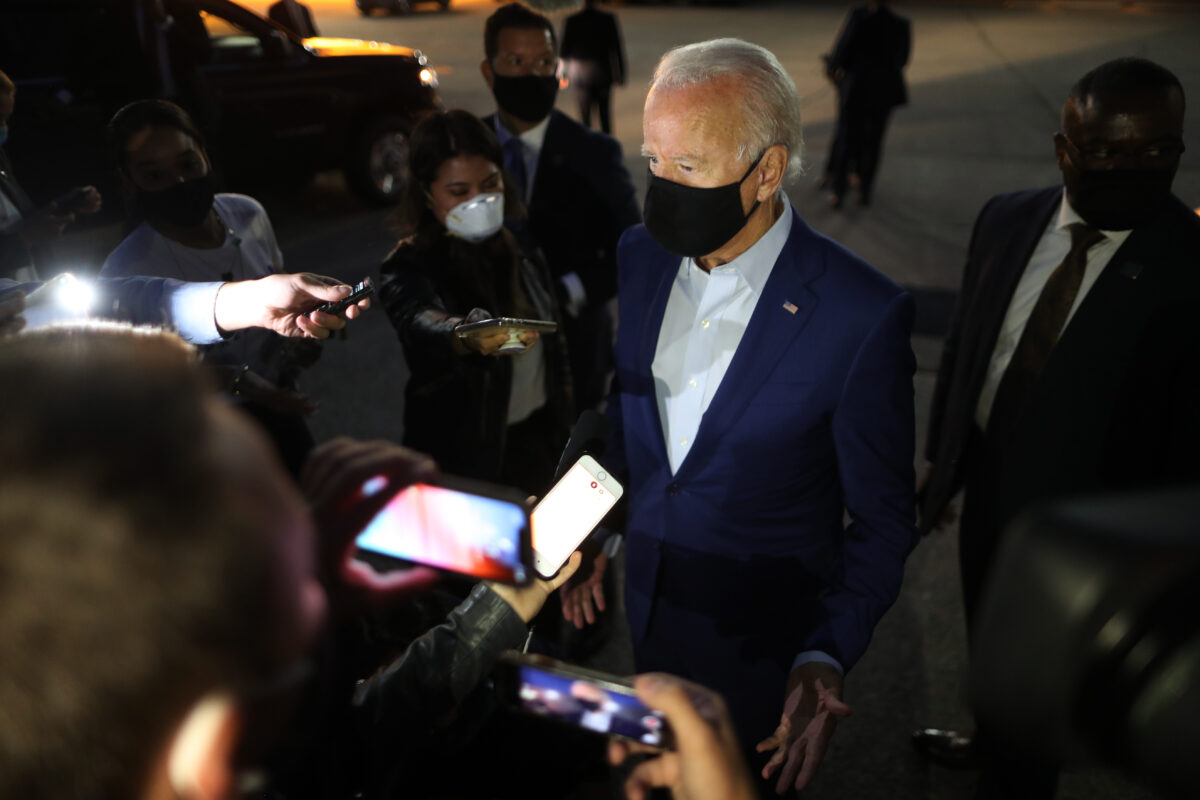 Asked if he agreed with the presidents move, Biden said, “Yes, I do. As long as he has a plan to figure out how hes going to deal with ISIS.”

Biden voted to authorize the war in Iraq in 2002. He then admitted in a 2007 book released during his presidential bid at the time that it was a mistake.

Earlier this year at the tail end of a trip to Michigan—a key battleground state that he and Trump are vying over ahead of the presidential election in November—the former vice president again commented that his vote had been a mistake.

The United States on Wednesday announced plans to withdraw 2,200 troops from Iraq before the end of September. The drawdown will take the number of American forces to 3,000.

“We are continuing to expand on our partner capacity programs that enable Iraqi forces and allow us to reduce our footprint in Iraq,” Marine General Frank McKenzie, the head of U.S. Central Command, said during a visit to the country.

The announcement of the withdrawal came after the president recently renewed his criticism of U.S. involvement in what he calls “endless wars.” The war in Iraq has cost the United States taxpayers an estimated $2 trillion, with a large portion of the sum benefitting private defense contractors.

“We will hunt down terrorists who threaten our citizens, and we will lead America out of endless, ridiculous foreign wars,” Trump told a rally in North Carolina of his administrations foreign policy on Sept. 8.

The United States and Iraq in June affirmed their commitment to the reduction of U.S. troops in the country in coming months, with no plans by Washington to maintain permanent bases or a permanent military presence.

In 2016, Trump campaigned on ending Americas “endless wars.” U.S. troops remain in countries like Afghanistan, Iraq, and Syria, albeit in smaller numbers.

The United States and Iraq began discussing the partial withdrawal of U.S. troops in December 2019. An escalation of tensions with Iran added further points for consideration in January 2020, when the Iraqi Council of Representatives voted for a resolution to expel all foreign troops. President Trump initially refused to withdraw troops from Iraq.

Read MoreIraq Playing Balancing Act Between US and Iran by Passing Resolution to Expel Foreign Troops, Say AnalystsChina, Russia and US: New Power Dynamics in Middle East After Soleimanis Death

By March 2020, the U.S.-led coalition cited developments in the mission to eradicate the ISIS terrorist group and began to tRead More – Source