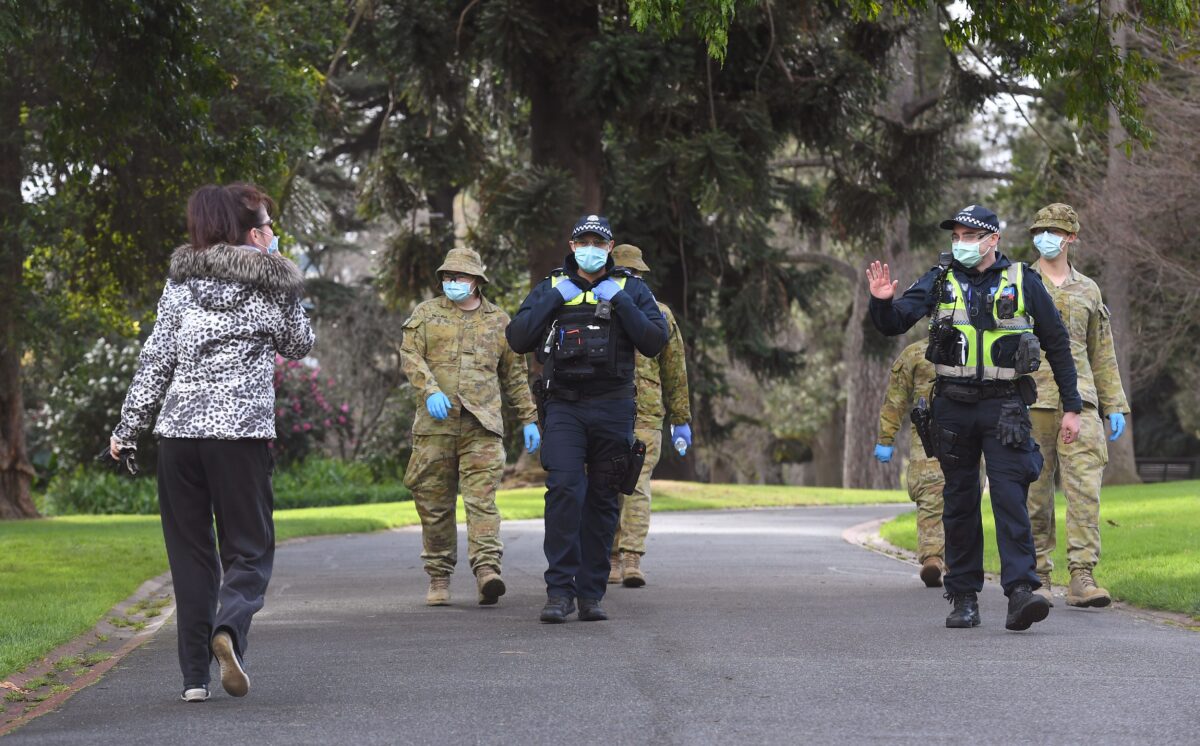 At least three people have been detained by police and others have been told to move on during a peaceful COVID-19 anti-lockdown protest in Melbourne.

Some walkers on the shores of the citys Yarra River on Sept 12 stopped and displayed signs, including “I am just exercising my human rights”.

An AAP photographer witnessed three people, some in handcuffs, being led away by police, while officers directed others to move on.

There were no groups gathered and the number of people out walking – which is permitted for exercise – were outweighed by a heavy police presence.

Social media organisers of the Freedom Walk suggested there might be similar actions in other locations.

Promotion of the main Melbourne event was taken down earlier in the week by Facebook.

An anti-lockdown rally was held at the Shrine of Remembrance last weekend resulting in 17 arrests and more than 160 fines being issued for breaching health directions.

Premier Daniel Andrews pleaded with people not to take part in further protests.

“All youre potentially doing is spreading the virus,” he said onRead More – Source