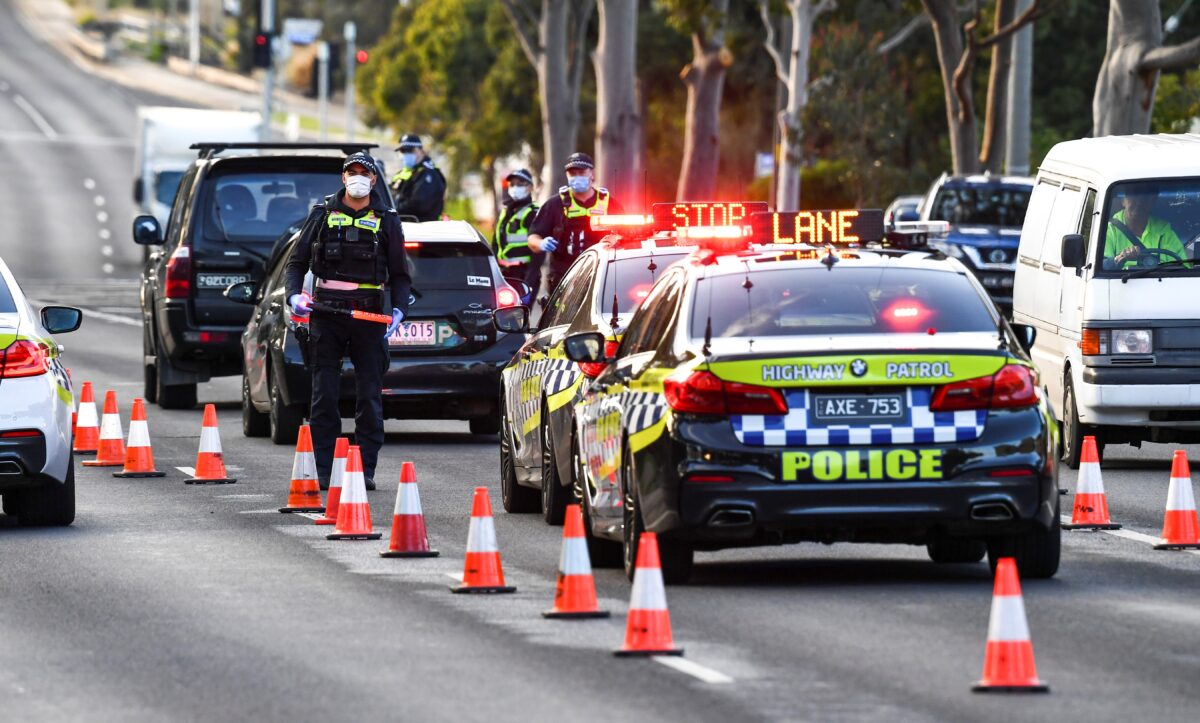 A woman was charged with assaulting a police officer after she refused to step out of her car and resisted arrest at a COVID-19 checkpoint north of Melbourne.

A video shared on Facebook by Natalie Bonett shows on Sept. 12 the 29-year-old being dragged out of the drivers seat after refusing to get out of her car at Kalkallo, about 60 kilometres north of the city.

“I am shaking, crying and in complete disbelief that I was treated this way,” Bonett, who was wearing a mask, wrote of the incident.

Victoria Police confirmed Bonett was arrested after allegedly refusing to provide her details and drivers licence.

“Police spoke to the female driver at the checkpoint in relation to her mobile phone obstructing her view due to its position on the windscreen and explained that this was an offence,” a Victoria Police statement said.

“The woman refused to remove her phone from the windscreen.”

In the video posted on Facebook, the male officer can be heard asking for Bonetts name and address.

“The problem is youre not stating your name to me,” the officer is heard saying.

Bonett again refused to get out of the car.

“I dont feel safe. Youre armed,” she said.

“Youre safe, dont you worry about that,” the officer replied.

The footage then shows the officer lean into the vehicle as Bonett protests, before she is forcibly removed.