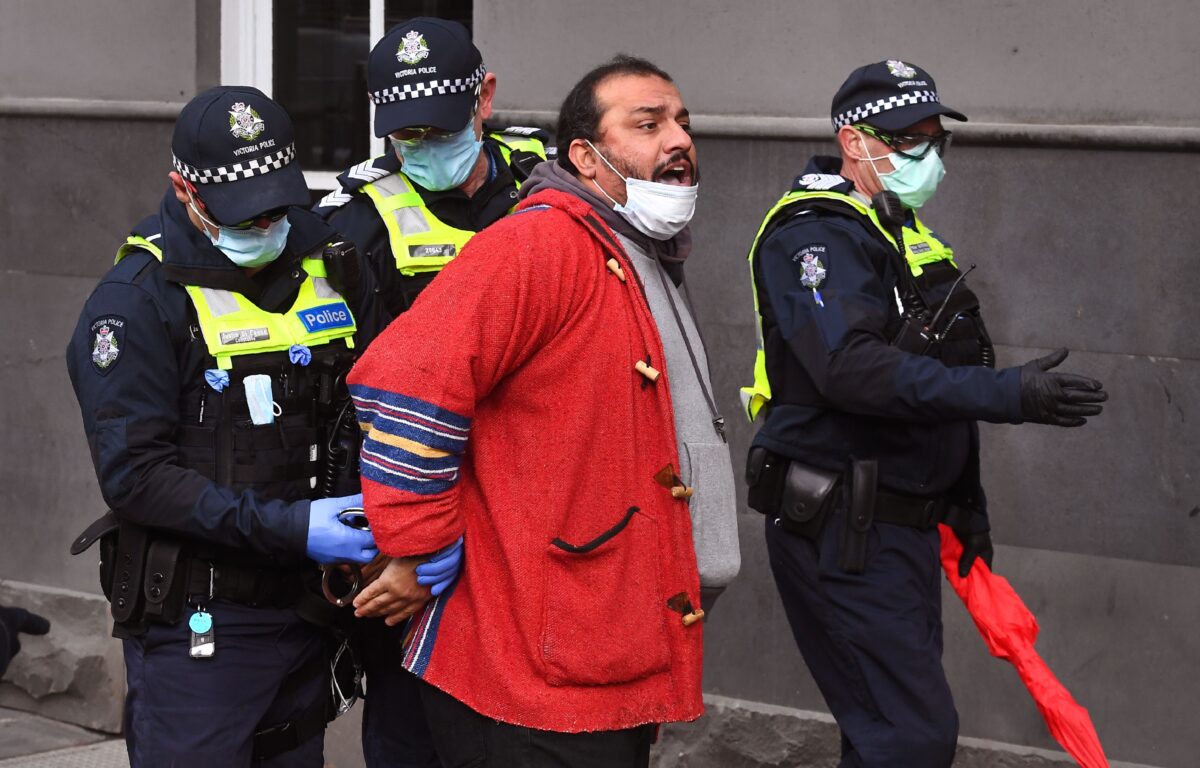 A man has been placed into a medically-induced coma after allegedly being kicked to the head during his arrest in Melbournes north.

An internal police investigation has been launched after dramatic footage of Sundays arrest in Epping was posted online.

In the vision, a police officer appears to kick down on the prone mans head before a group of police pin him down.

“Am I witnessing this? What the f***,” a witness yells out his car window.

“Youve got his head.”

Other angles of the arrest show a police car ramming the man before he runs away and trades blows with an officer.

After being subdued with pepper spray, an officer appears to repeatedly kick the suspect on the ground.

Police say the 32-year-old man, of no fixed address, became aggressive and damaged a police vehicle as he attempted to avoid arrest.

He was later taken to hospital where his father says he was put into a coma while undergoing a head scan.

“He was stomped on or kicked by the police,” a man identified as his father told 3AW on Sept 14.

“The police had no right to do what they did.”

He said his son suffers from bipolar and had been waiting for a bed at Northern Hospital Epping.