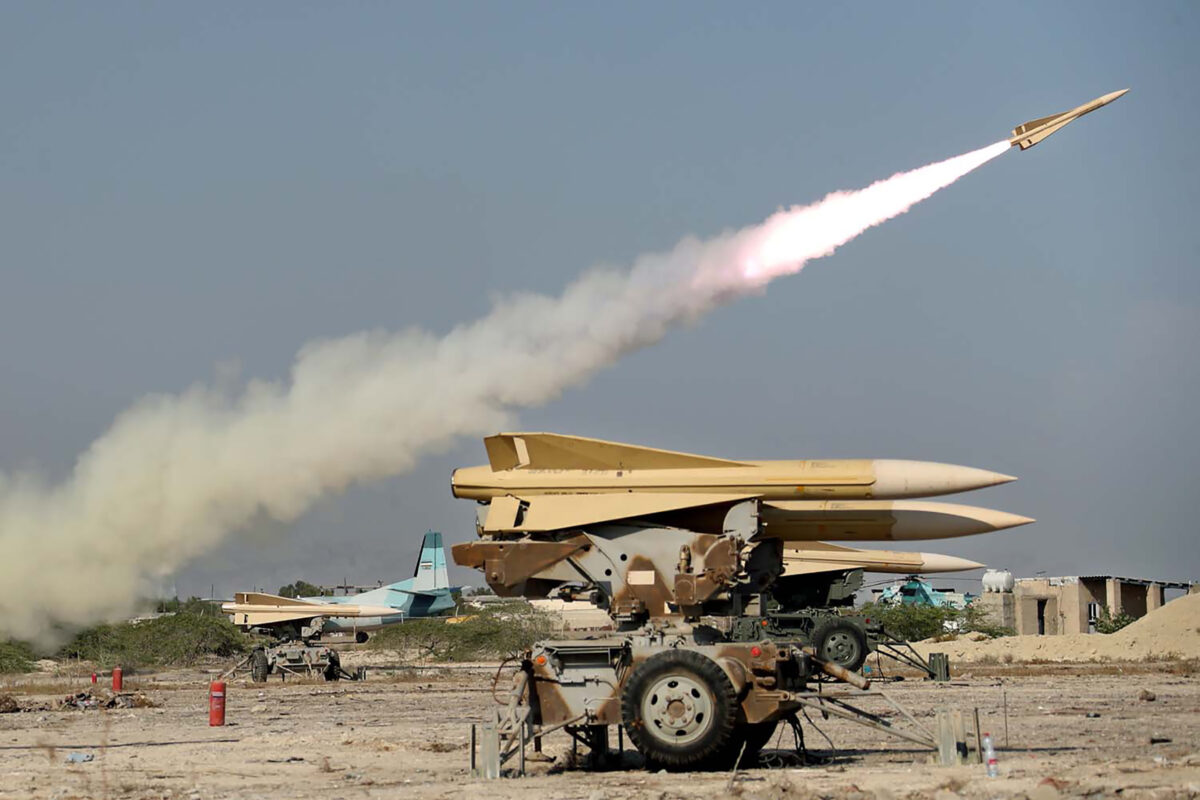 WASHINGTON—The United States on Sept. 21 will sanction more than two dozen people and entities involved in Irans nuclear, missile, and conventional arms programs, a senior U.S. official said, putting teeth behind U.N. sanctions on Tehran that Washington argues have resumed despite the opposition of allies and adversaries.

Speaking on condition of anonymity, the official said Iran could have enough fissile material for a nuclear weapon by the end of the year and that Tehran has resumed long-range missile cooperation with nuclear-armed North Korea. He did not provide detailed evidence regarding either assertion.

The new sanctions fit into U.S. President Donald Trumps effort to limit Irans regional influence and come a week after U.S.-brokered deals for the United Arab Emirates and Bahrain to normalize ties with Israel, pacts that may coalesce a wider coalition against Iran while appealing to pro-Israel U.S. voters ahead of the Nov. 3 election.

The new sanctions also put European allies, China, and Russia on notice that while their inclination may be to ignore the U.S. drive to maintain the U.N. sanctions on Iran, companies based in their nations would feel the bite for violating them.

A major part of the new U.S. push is an executive order targeting those who buy or sell Iran conventional arms that were previously reported by Reuters and will also be unveiled by the Trump administration on Sept. 21, the official said.

“Iran is clearly doing everything it can to keep in existence a virtual turnkey capability to get back into the weaponization business at a moments notice should it choose to do so,” the U.S. official told Reuters.

The official argued Iran wants a nuclear weapons capability and the means to deliver it despite the 2015 deal that sought to prevent this by restraining Irans atomic program in return for access to the world market.

In May 2018, the United States withdrew from the agreement and restored sanctions that have crippled Irans economy.

Iran, in turn, has gradually breached the central limits in that deal, according to the International Atomic Energy Agency (IAEA), including on the size of its stockpile of low-enriched uranium as well as the level of purity to which it was allowed to enrich uranium.

“Because of Irans provocative nuclear escalation, it could have sufficient fissile material for a nuclear weapon by the end of this year,” the official said without elaborating except to say this was based on “the totality” of information available to the United States, including from the IAEA.

The Vienna-based agency has said Iran only began significantly breaching the 2015 deals limits after the U.S. withdrawal and it is still enriching uranium only up to 4.5 percent, well below the 20 percent it had achieved before that agreement, let alone the roughly 90 percent purity that is considered weapons-Read More – Source