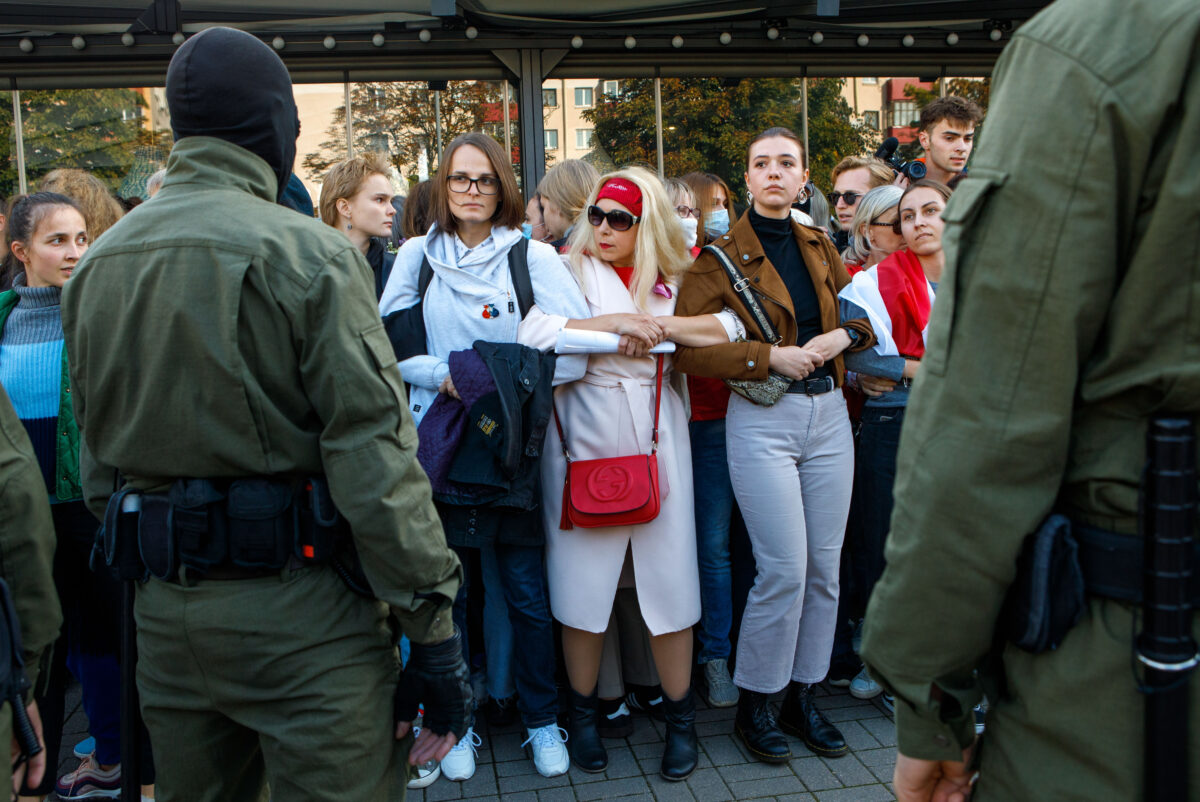 BRUSSELS — European Union foreign ministers failed to agree to sanctions against Belarusian officials on Sept. 21, despite an appeal by the countrys main opposition leader.

After a sixth straight weekend of huge protests against President Alexander Lukashenko, opposition leader Sviatlana Tsikhanouskaya traveled to Brussels to try to convince the EU to follow through on the threat of a sanction it announced in August.

So far the bloc has yet to approve a list of some 40 Belarusian officials to be hit with travel bans and asset freezes. Cyprus has been seen as blocking approval by tying the Belarus measures to unrelated sanctions it wants on Turkey in a gas exploration dispute.

“Although there is a clear will to adopt the sanctions, the required unanimity was not reached,” the EUs top diplomat Josep Borrell, who chaired the meeting of foreign ministers, told reporters, referring to EU rules that all 27 states must agree.

Approval is still possible by EU leaders at a summit on Sept. 24 and Borrell said that by the next time foreign ministers meet on Oct. 12, the sanctions would be agreed. But he also acknowledged that paralysis was damaging for the EUs image.

“If we are not able to (approve Belarus sanctions), then our credibility is at stake,” Borrell told a news conference.

Back in Minsk, a city court rejected a legal appeal from the defense team of Tsikhanouskayas political ally, Maria Kolesnikova, against her detention.

Kolesnikova was jailed after ripping up her passport to prevent the Belarusian authorities from forcibly expelling her to Ukraine. She was charged last week with calling for “actions aimed at undermining Belarusian national security.”

About a hundred supporters gathered in and around the courthouse. Kolesnikova wasnt in court in person but when she appeared on a video screen people inside began to applaud.

Though the EU announced plans for the sanctions in August, enacting them requires support from all 27 member states. Cyprus wants a deal first on measures in its dispute against Turkey.

“Our reaction to any kind of violation of our core, basic values and principles cannot be a la carte. It needs to be consistent,” Foreign Minister Nikos ChrisRead More – Source