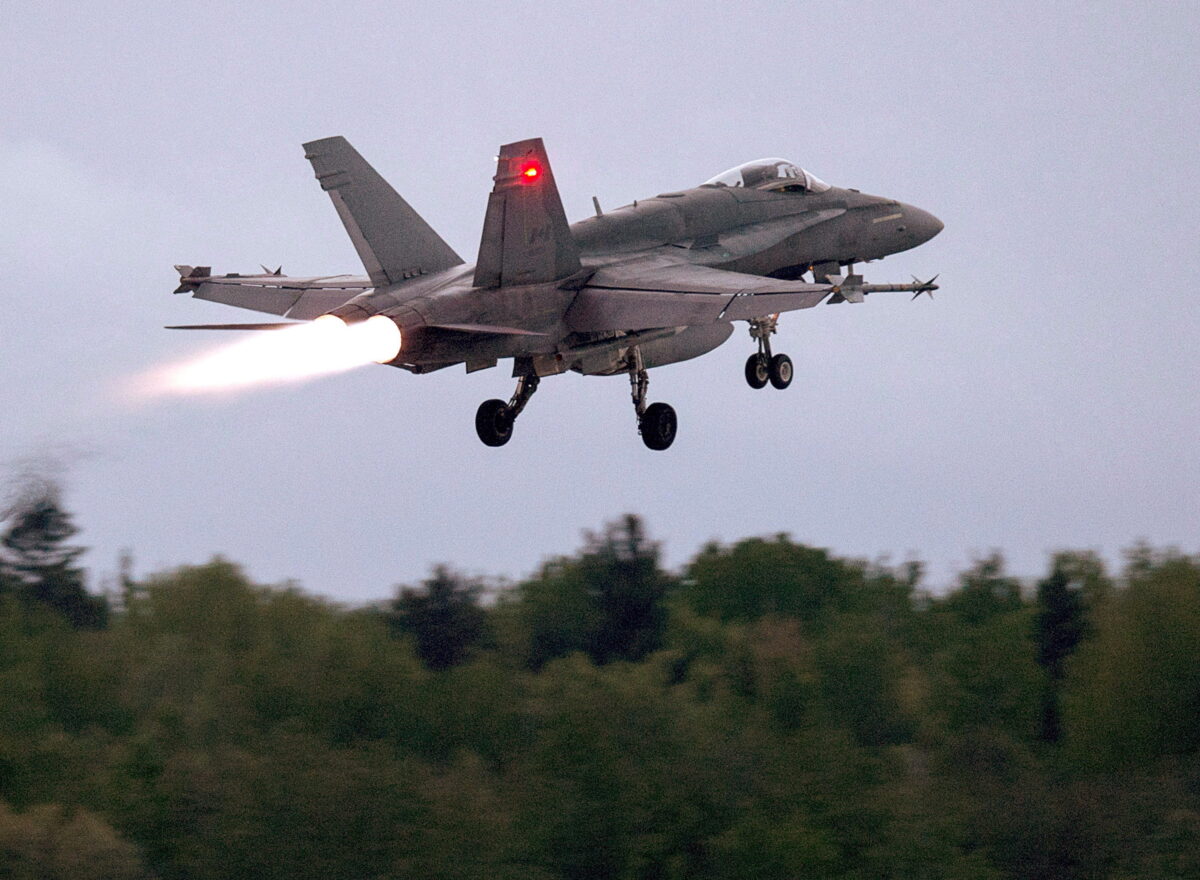 OTTAWA—While the federal government is pressing ahead with plans to buy billions of dollars worth of much-needed equipment for the Canadian Armed Forces, the Department of National Defences top procurement official says COVID-19 is further slowing down some already delayed purchases.

The past six months have seen a number of major milestones for Canadas beleaguered military procurement system, including last weeks unveiling of the first of 16 new military search-and-rescue planes after 16 years of delays and controversy.

Procurement officials are also now reviewing three bids that were received from fighter-jet makers at the end of July as Canada inches closer to selecting a replacement for the aging CF-18s following more than a decade of political mismanagement.

The list of recent successes also includes Halifax-based Irving Shipbuilding having delivered the first of six new Arctic offshore patrol vessels in late July, while progress has been made on a number of other files, such as the long-overdue purchase of new engineering vehicles for the Army.

Yet some of those milestones would have been achieved earlier had it not been for COVID-19. And Troy Crosby, the Defence Departments assistant deputy minister of materiel, acknowledges many other projects are being affected as well.

That includes the more than 100 military procurements—roughly half of them dealing with new equipment and the rest focused on building new infrastructure on Canadian Forces bases across the country—that were listed as already delayed before the pandemic hit.

“COVID didnt speed anything up,” Crosby said in an interview with The Canadian Press. “I think everybody would understand that thats going to have some impact. And exactly what that impact is difficult to tell right now.”

Delays in military procurements can have several impacts. In some cases such the CF-18s, the Canadian Armed Forces is being forced to keep using equipment that was supposed to have been retired years ago. In others, delays drive up the cost of the new purchases due to inflation.

The projects most likely to be delayed due to COVID-19 are those in production, Crosby said. Examples include the construction of new naval ships by Irving and Seaspan ULC in Vancouver, which have had to adopt physical distancing and other COVID-19 measures at their shipyards.

“For the projects that are at a stage where the work is office-based … once we got over that initial hump as everybody had to as we moved toward a remote-work posture, the work continued,” said Crosby.

“If youre in a shipyard and youre trying to advance the production of a ship given all of the physical distancing requirements and the health and safety considerations, thats challenging.”