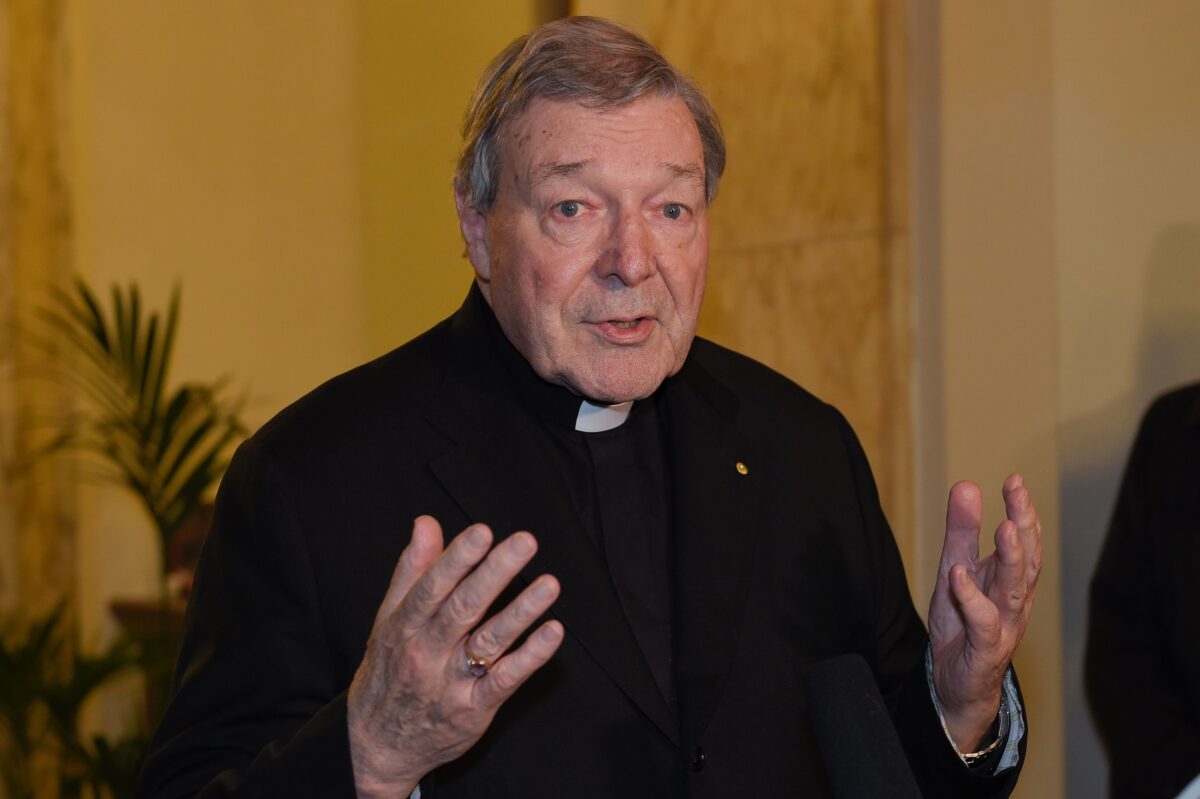 Catholic Cardinal George Pell is returning to Rome just days after Pope Francis asked Cardinal Angelo Becciu to resign after he was linked to an ongoing financial misconduct investigation at the Vatican, Catholic News Agency (CNA) reported on Sept. 27.

Pope Francis appointed Pell to reform the Vaticans financial affairs in 2014 as head of the newly created Secretariat for the Economy.

Becciu, who reportedly clashed repeatedly with Pell over the Vaticans financial reforms, was fired after Pope Francis accused him of embezzlement and nepotism.

In a statement to CNA on Sept. 25, Pell wrote that the Pope “plays a long game” and should be “thanked and congratulated” for asking Beccui to resign.

“The Holy Father was elected to clean up Vatican finances,” Pell wrote, adding that he hoped the “cleaning of the stables continues in both the Vatican and Victoria.”

Cardinal Pell and Cardinal Becciu were reportedly previously at odds over reform of the Vaticans accounts.

In 2015, Pell reportedly detected an attempt by Becciu to disguise loans on Vatican balance sheets in an accounting move prohibited by the Pope in 2014.

Becciu also cancelled, without permission from the Pope, an independent external audit of all Vatican departments initiated by Pell, who as head of the Secretariat of Economy had autonomous oversight authority over Vatican finances.

Becciu convinced the Pope to give ex post facto approval of his decision and to cancel the audit after Pell reportedly challenged the move internally. The auRead More – Source