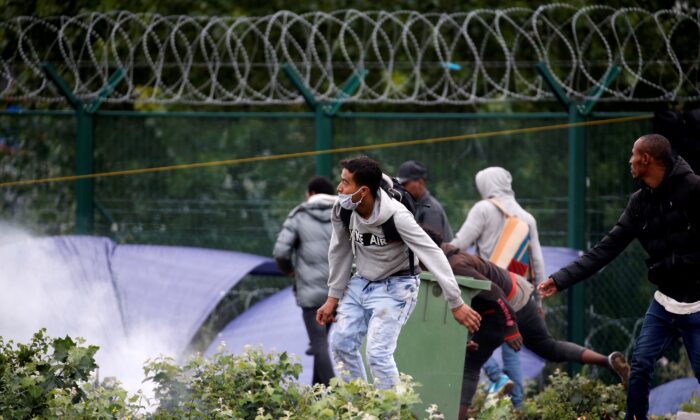 CALAIS, France—French police on Tuesday dismantled a migrant camp in the northern port of Calais, from where thousands of illegal economic migrants and would-be asylum seekers have sought to cross the English Channel to reach British shores.

Several thousand migrants have attempted the perilous crossing this year, often paying people traffickers to help them traverse one of the worlds busiest shipping lanes in overloaded rubber dinghies.